A summary of my first day in L.A.

I arrived in Los Angeles yesterday morning around 9am. After getting my rental car and checking into the hotel, it was off to ICANN.

I didn’t know what to expect of ICANN. For some reason I had a vision of this grand building under maximum security. But when you consider much of ICANN’s role is to develop and manage policies that vision quickly fades. Indeed, ICANN’s offices are in a non-descript building overlooking the bay. ICANN isn’t the main tenant; they have offices on parts of two floors in the building.

My tour guide was Kieren McCarthy. I was excited to meet Kieren, who authored the thrilling Sex.com book before going to ICANN. Apparently his editors got tired of him writing about problems with ICANN and told him to go do something about it instead.

Several ICANN employees graciously took time out of their day to discuss issues near and dear to domainers’ hearts: the introduction of new TLDs, registrar compliance, and IDNs. I didn’t know much about IDNs before my meeting. Suffice it to say there are many issues around their implementation, and current holders of IDNs (with traditional .com endings) may not end up winners.

Look for articles about each of these issues next week.

Thought Convergence’s Philip Reynolds organized my visit. About a half dozen of TC’s top managers (including Kevin Vo and Ammar Kubba) joined me for several hours as we talked through the current state of the domain name market and TC’s vision. It’s an exciting vision, and I’ll write more about what the company is up to next week.

For now, it’s off to meet with domain name attorney and Lextext author Bret Fausett. Then I’m meeting with a man who turned a .org domain name into a $10 million a year media company. 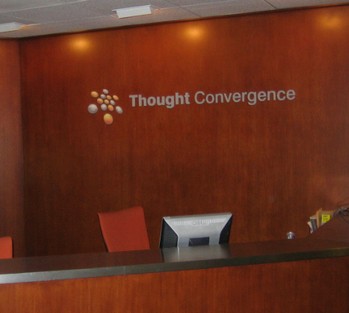 PIR (.Org) slashes registry fee to Afilias in half to $18 million