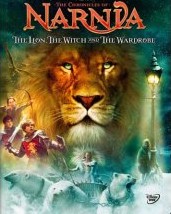 I have to hand it to Richard Saville-Smith and his family. Ever since the estate of C.S. Lewis, famous for The Chronicles of Narnia books, filed a UDRP against him for registering Narnia.mobi, his family has put on the pity plea with the media.

How could they do this to our child, a big Narnia fan? We only registered it for a personal e-mail address. What horrible big money machine would come after us poor saps?

A couple days ago news broke that C.S. Lewis had prevailed, and the decision was finally posted online today. The one person panel found Saville-Smith to be in the wrong and ordered the domain transferred.

Saville-Smith’s defense, that it was registered for personal use and thus not in bad faith, didn’t hold up. He admitted that he knew it was a famous trademark but felt he could use it if he claimed it wasn’t for commercial gain.

The panelist wrote, “The Respondent has brought to the Panel’s attention no prior panel decisions that support the proposition that a respondent may establish rights or legitimate interests in a domain name that appropriates another’s distinctive and widely known trademark by registering the domain name for prospective use as a personal email address, or by the actual use of the domain name for this purpose.”

He continued, “the Panel cannot envision any plausible, good faith basis upon which the Respondent could have concluded that he was free to appropriate the Complainant’s distinctive and widely known NARNIA mark for use as a personal email address.”

The panel also said there’s a clear distinction between creating an active fan or criticism site and the planned use for Narnia.mobi.

It also looks like the respondent shot himself in the foot by mentioning he registered several other .mobi domains at the same time. After doing research, the complainant found that he had registered other trademarks including drwho.mobi.

DreamHost.co and AOLmail.co Among First .Co Domains Hit with UDRP

Is Apple Entitled to Appl.com?

Some panelists are afraid to find RDNH