What is it like integrating and selling new top level domain names as a registrar? On today’s podcast we talk with Tobias Sattler, the CIO for United Domains, a registrar with 1.6 million domains under management and around 10% of these in new TLDs. Tobias talks about some of the challenges his company faced onboarding new TLDs, dealing with different backend systems, handling premium domains and more. Given the headaches, you might be surprised by his response to the question if premium domains were worth it. Also: Merger time, .Boats, Wes Anderson’s domain, a nice brandable sale and Whois.

Domain name was registered to someone in Los Angeles. 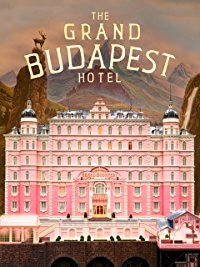 Image for The Grand Budapest Hotel, one of Wes Anderson’s films.

Wes Anderson, director of films such as Bottle Rocket, Rushmore and The Royal Tenenbaums, has won a cybersquatting dispute for the domain name WesAnderson.com.

The owner of the domain name did not respond to the dispute that Anderson filed with World Intellectual Property Organization.

Although Anderson does not currently have a federally-registered trademark for his name, he successfully argued that he has common law rights in Wes Anderson.