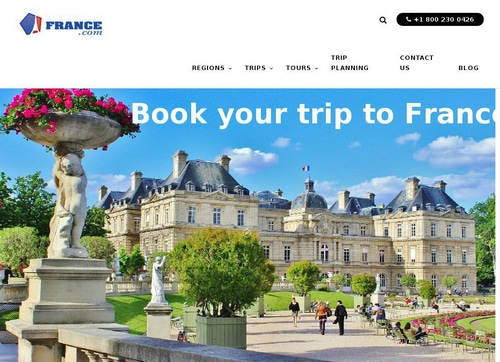 France.com was used by a tour operator. Now the French government owns it. (Photo from Screenshots.com)

The original registrant of France.com back in 1994 has filed a lawsuit (pdf) to try to recover the domain name France.com, which the country managed to wrestle away through the French court system.

France.com, Inc. filed the suit in U.S. District Court in the Eastern District of Virginia, where Verisign is located. It names The French Republic, a number of French government entities, the domain name, and Verisign as defendants.

Boom. The plaintiff’s business was sunk. The site now forwards to France.fr and obviously the plaintiff’s email addresses no longer work, too.

France.com, Inc. is suing on a number of grounds, including Reverse Domain Name Hijacking, expropriation, and more.

It’s interesting to note that the City of Paris, France, was ordered by a U.S. court to pay $100,000 for reverse domain name hijacking and tortious interference in a domain name dispute. Something tells me they haven’t paid.