The company offers mobile service, high-speed internet and domain names. It is the world’s second largest domain name registrar, including its OpenSRS and Enom reseller platforms.

Its mobile service is a reseller of large carriers in a relationship known as mobile virtual network operator (MVNO). Think of it kind of like a webhosting company reselling domain names — which is exactly how Tucows’ sells many of its domain names, through hosting companies and other resellers.

Last quarter Tucows noted increased issues with T-Mobile, one of the mobile providers it resells. Drawing another comparison to the domain industry, the challenges it had with T-Mobile remind me a lot of when a domain parking company faces suspect clawbacks from Google.

Tucows is dropping T-Mobile in favor of Verizon. It also has a deal with Sprint that is extended through September 2020.

T-Mobile and Sprint are merging but the merger is delayed as it goes through regulatory challenges. Tucows said it wanted to work with the combined entity but couldn’t wait any longer to resolve the issues. Also, adding Verizon insulates the company from the risks of the pending merger.

Shifting many of its customers from T-Mobile to Verizon will be expensive and adds to woes the company is experiencing with mobile. It expects to spend as much as $15 million transitioning customers over time. About $3 million of that will hit this year.

The company has lowered its 2019 cash EBITDA guidance from $62 million to $52 million to reflect the transition, overall mobile issues and carrier penalties.

It’s a big hit, but the company says it sets the Ting mobile product up for better long term success.

Shares in Tucows dropped 13% to $52.97 yesterday on the news. The stock is up in morning trading today. 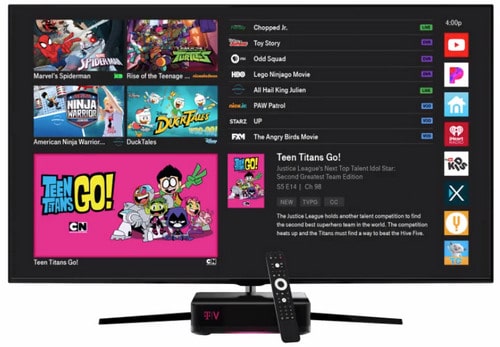 In preparation for the launch, T-Mobile registered over 200 domain names as defensive registrations to keep them out the hands of detractors and cybersquatters. And that’s in .com alone!

The defensive registrations run the gamut.

It’s common for brands to register a lot of protective domain names when launching a major product or new brand. The exercise can be one in futility; with over 1,000 top level domains and endless permutations of defensive domains, it’s impossible to register every possible domain.

Here’s a full list of the domains I discovered. I’m sure there are many more. 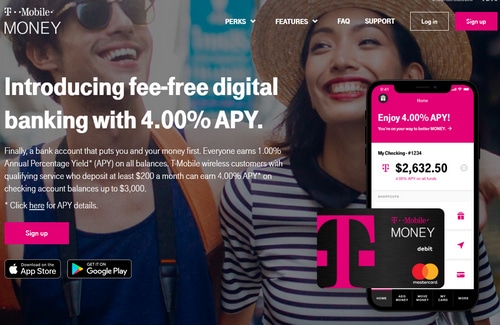 Back in 2016 T-Mobile (NASDAQ:TMUS) killed its Mobile Money banking program for the unbanked. It now appears the company is trialing a new program with a similar name.

That’s an extensive typosquatting prevention plan. I’m also intrigued by its choice to register .click while skipping many other new top level domains.