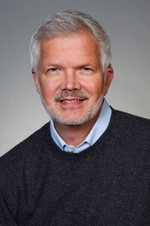 Ken Hansen, formerly at Neustar, will lead co.com as CEO.

Ken Hansen has resigned his position at Neustar to join the new venture as CEO. Paul Goldstone (who owned the second level domain co.com) will be President and Gregg McNair (Igloo.com) will be Chairman.

This is rather shocking news about Hansen, who has led many of Neustar’s new top level domain name efforts. He is resigning just before they come to fruition.

Domain registrations under .co.com will be third level domain names, similar to many of those offered by CentralNic. The idea of a third level registration with “co” is nothing new; sixty-one countries currently offer domain names ending in “co.countrycode” such as co.uk and co.jp, with registrations for those extensions totaling over 11 million, according to co.com.

As a result, many subdomains of co.com already receive traffic.

The domain name is sure to cause some confusion with .co, and perhaps even the “legacy” com.co addresses. .Co uses Neustar for its registry.

Co.com has not finalized its backend registry provider yet. It hopes to launch in Q1 2014.