Site is the third wedding-focused site in his incubator. 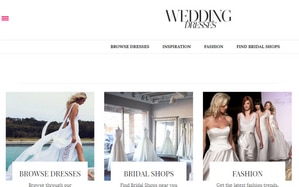 The site allows brides-to-be to view wedding dresses online but does not offer e-commerce capabilities. Instead, it directs visitors to dress designers’ websites and provides a directory of bridal stores.

This is at least the third wedding-related website in OnRamp’s portfolio. SimplyBridal.com is another OnRamp site, and it offers online purchasing of wedding dresses. (Despite the 30-day return policy, I’m curious if this will work.) It also has BridalQuotes.com, a lead-gen site for wedding services such as DJs and photography services. 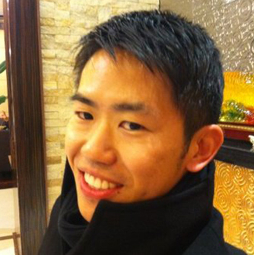 Kupietzky promoted, Ng to leave CEO position and become Chairman of Board.

Domain Name Wire has learned that later today Oversee.net will announce that Jeff Kupietzky has been named President of the company. Oversee.net is parent company of DomainSponsor, Moniker, and SnapNames. Kupietzky had been Executive Vice President as well as General Manager for DomainSponsor. Kupietzky will take over day-to-day operations as Oversee.net co-founder Lawrence Ng steps down from his CEO position and becomes Chairman of the Board.

I had the chance to meet with Kupietzky when I visited Oversee.net last month in Los Angeles. Kupietzky is a seasoned executive with years of technology experience. Prior to Oversee.net, he was Vice President of Marketing for X1 Technologies. Previously, Jeff he was Vice President of Digital Insight, responsible for all consumer product management as well as growth and retention initiatives. He has also held numerous product management positions, building ASP businesses for Siebel Systems, Loudcloud, and 3Com. Jeff consulted for McKinsey & Co. and worked at UBS. He has an MBA with high distinction from Harvard Business School and graduated Summa Cum Laude with B.A. in Economics from Columbia University.

Peter Celeste, who has been running DomainSponsor, will move into Kupietzky’s former role and will now handle all of Oversee’s Domain Services division.