Turakhia steps aside at ad tech company he founded. 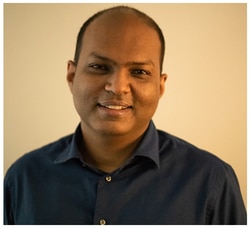 Vaibhav Arya has been named CEO of Media.net.

Div Turakhia, the billionaire co-founder of Directi and founder of ad tech company Media.net, is stepping down from the CEO role at Media.net. The company announced today that current CTO Vaibhav Arya has been promoted to CEO.

Turakhia founded the digital advertising company with knowledge and partnerships gained in the domain parking business. He turned this into an ad tech powerhouse that grossed $232 million in 2015. Shuzhi (formerly known as Miteno) bought the business for $900 million in 2016. (You can hear about Div’s journey and Media.net on DNW Podcast #139.)

After the acquisition, Turakhia stayed on in the CEO role while grooming his senior management team for a planned transition. Now, one of the people who has been with Media.net from the beginning is stepping up as CEO.

Arya has worked with Turakhia for a decade. While Arya has technically been the CTO, I know from my time working with Arya and Div at Media.net that Arya has a strong business acumen.

Turakhia has been appointed Strategic Advisor to the Shuzhi board.

Update: I have received a copy of the email Turakhia sent to the 1,300 employees of Media.net today. It is below.

END_OF_DOCUMENT_TOKEN_TO_BE_REPLACED

New top level domain name company Radix announced today that it will generate $12 million or more in revenue in 2017. The company has $11.7 million in revenue up until the end of November.

$1.76 million of the revenue is from premium domain names. This includes one-time premiums from deals struck directly by Radix, but that accounts for just 14% of the premium revenue. Most of that is from selling casino.online.

The company spent a lot of money acquiring these domain names with .online estimated to have sold for over $10 million. However, it also received payouts from losing auctions.

Radix is self-funded by Bhavin and Divyank Turakhia, billionaire brothers from India who founded Directi and Media.net.

Divyank Turakhia made his initial fortune in domain names and webhosting. He then turned to the online advertising market with Media.net, a company he sold last year for $900 million. This week, the young billionaire discusses how he broke into the crowded ad tech market to create such a valuable company. Also: Igloo goes European, new uses for domains, Afternic expands and no love for emoji domains.

Bloomberg dedicates a half hour to telling the Directi story.

The segment features Turakhia and how he started Directi in his teens. The company went on to build some recognizable brands in the domain space, from registrar accreditation consulting company Logic Boxes to domain parking business Skenzo, not to mention one of the ten biggest domain name registrars in the world.

Directi now employees about 600 people, and Turakhia shares one of his biggest challenges scaling the business: people. That’s why his company (and he personally) spends so much time on human resources.

The video gives an inside look at Directi and Turakhia, including the many toys he plays with when he’s not sitting in front of his computer.

Rather than tell you about it, just hit play: