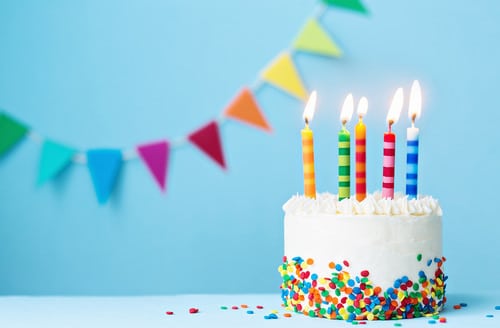 It was five years ago this month that the first domains under the new top level domain (nTLD) program started rolling out to consumers. The first Latin script general availability domains came out in early February 2014.

Remember .guru? .Plumbing? Yeah, that was a long time ago.

Registration numbers for new TLDs have not met expectations for just about anyone who put money into it. That includes the many registries that spent millions acquiring strings as well as ICANN.

I thought new TLD applicants were very bullish, but even I was surprised when the first sunrises got only a couple hundred registrations.

Applicants should have understood the market size better. People were looking at registrations in .com and predicting market size for new TLD strings but many applicants expected some magic demand to come out of nowhere. The reality is that there are only so many people creating a website at a given time. They’re going to look for a .com or ccTLD name. If they don’t get that then they might consider a new TLD. So new TLD demand for people creating websites is a subset of total site creator demand. Without a catalyst for more people to create websites, demand won’t shoot up. END_OF_DOCUMENT_TOKEN_TO_BE_REPLACED

XYZ.com is launching .Monster in sunrise this month.

The applications are for:

The company is getting ready to launch/relaunch two top level domain names this year: .Monster and .Baby. It acquired .Monster from jobs company Monster Worldwide and will launch it in sunrise this month. It acquired .baby from Johnson & Johnson.

XYZ appealed the attorney fees decision. In May, the Appeals Court agreed with XYZ that the lower court did not consider the motion for fees correctly. It wrote:

Why would a sophisticated company with competent legal counsel file such a flimsy case? XYZ said nothing about .com that hadn’t been said before, and Verisign’s own numbers showed .com registrations continued to grow even after XYZ’s statements. Why draw further attention to those statements by filing a lawsuit over them? Why drag that suit on as the odds of victory grew ever longer, all the while refusing to ever meaningfully discuss settlement? The reasonable inference is that Verisign’s primary motive wasn’t winning the lawsuit so much as sending a message, not only to XYZ but to all of the other new top-level domains that entered the market and presented Verisign with meaningful competition for the first time in decades.

The circumstantial evidence supports an inference that Verisign’s true motive in pursuing a claim this weak, this aggressively, was to drain XYZ’s resources, intimidate its principal, and send a message to its other new competitors. [redacted] Under these circumstances, fee-shifting is warranted to both deter such conduct going forward and to compensate XYZ for enduring, defending and defeating Verisign’s tenuous claims and faulty lawsuit.

XYZ spent over $1 million defending itself in the lawsuit.

XYZ.com, LLC, the company that operates the .xyz top level domain name, has asked a court (pdf) to let it make certain documents from a lawsuit with Verisign (NASDAQ:VRSN) public.

After extensive discovery, a judge tossed out Verisign’s suit on summary judgment. XYZ then asked the court to require Verisign to pay its $1.6 million legal bill, but that was put on hold as Verisign appealed the lower court’s ruling to an appeals court. END_OF_DOCUMENT_TOKEN_TO_BE_REPLACED

Company reports revenue increase in 2017 and hopes to merge with KeyDrive in Q3.

Retail – domain name registrars such as Instra and Internet.bs
Wholesale – registry services, such as managing the back end for .xyz
Enterprise – mostly premium domain name sales, but also corporate domain management and dot-brands

Revenue grew in the retail and wholesale divisions but slipped in enterprise. CentralNic has been on a premium domain hamster wheel that the company admits is running out of energy.

On the wholesale side, revenue growth came mostly from .xyz and Radix’s top level domains.

The company renegotiated its contract to run .xyz. It extended the contract until 2032 and structured it as a flat-fee agreement, with some increases possible based on volume.

CentralNic completed its acquisition of Slovakia’s .sk country code by buying SK-NIC on December 5, 2017. This contributed £0.3m of revenue for the 26 final days of the year. That business has nice margins; the adjusted EBITA margin was 79% for that period.

The company said merger discussions with KeyDrive are continuing and it hopes to complete the combination in Q3 of this year.

It also said it plans to offer online security and brand protection services to its corporate clients.