Now it’s out even more money.

Let me be clear from the outset: a company shouldn’t buy a cybersquatted domain name just because it’s cheaper than filing a UDRP.

But if you’re going to file a UDRP against a domain that you can acquire for less than you’ll end up spending on the UDRP filing and legal fees, then you better make sure you have a rock-solid case.

A World Intellectual Property Organization (WIPO) panel has ruled that Natixis Wealth Management did not have such a great case for vega .investments.

Natixis, which filed the case, has a brand called Vega that’s targeted to Francophiles. The person who registered the domain says he acquired it as a potential rebrand for his business but quickly dismissed the domain because he was unable to get the .com. So he listed it for sale at Dan.com for $1,995.

The Panel notes the Respondent’s explanation for its selection of the word “vega” as part of the phrase “vega investments”, namely that this is a popular term in widespread use for brands and businesses. Although not mentioned by either of the Parties, it should be noted that the word “Vega” has an astronomical meaning and is found in the dictionary as the name of a star in the constellation Lyra, ultimately deriving from Medieval Latin. This may go some way to explaining its apparent popularity as indicated by the number of results in the WIPO Global Brand Database. In short, while lacking in some supporting detail, such as the identity and activities of its company, the Respondent’s explanation as to how it came by the disputed domain name is not wholly implausible in the specific circumstances of this case, particularly given that there is no evidence before the Panel from which it could reasonably infer that the Respondent more probably than not had any prior knowledge of the Complainant.

I struggle to see how this qualifies as cybersquatting under UDRP.

A beauty products company in France called Robertet SA has won a UDRP against a man in Texas who registered the domain name Robertets.com. The case troubles me.

But he didn’t respond to the UDRP. (I’ve reached out to him to ask why. I talk to domain owners who tell me they didn’t receive the notice, didn’t understand what it was, didn’t have the time to respond, or decided it wasn’t worth hiring a lawyer to figure it out.)

Understandably, UDRP panelists defer to a Complainant’s accusations when there’s no response. But I still question the decision in this case.

On the issue of Rights or Legitimate Interests in the domain, panelist Mihaela Maravela wrote:

By not replying to the Complainant’s contentions, the Respondent has failed to invoke any circumstances which could demonstrate any rights or legitimate interests in the disputed domain name.

I can think of many reasons there is likely a legitimate interest. A domain that starts with the registrant’s first name and the first initial of the last name is a good sign of a legitimate interest. Maybe he registered it for a family website. The person appears to be an accountant, so maybe it’s for future use as Robert E Tax Services.

I don’t know for sure, and I realize the panelist can’t know for sure, either. But without further evidence of bad faith, doesn’t it strain credulity that this person in Texas is trying to cybersquat on a company in France that makes raw materials for beauty products?

It gets more complicated because the domain hasn’t been put to use, at least for a website. So how did Robertet SA show “bad faith” for this domain registered last year that’s really similar to the registrant’s name?

Let’s break this down.

Note that the Complainant didn’t show that the domain owner used the domain for pay-per-click parking, or that he has a history of cybersquatting.

At the end of the day, a panelist should ask if themself if it’s a clear-cut case of cybersquatting. Here you have someone who registered a domain that’s awfully similar to his name, pointed it to Microsoft’s servers, including setting up an MX record for email, and doesn’t appear to be using the domain in bad faith.  He registered it just six months before the UDRP was filed.

This doesn’t strike me as a clear-cut case of cybersquatting.

[Update: In the comments below, John Berryhill notes that this domain does indeed stand for Robert E Tax Services. So the UDRP process just took a legitimate domain name registration away from its owner.]

A French company that licenses wireless charging technology has been found to have tried reverse domain name hijacking the domain Energysquare.com.

Energysquare uses the domain name Energysquare.co, so it’s obvious why it wanted to upgrade.

Swinson determined that Energysquare alluded to certain provisions of UDRP that were not relevant to the current case. He wrote:

The Complainant’s only ground for bad faith was that the Respondent is a “domainer” who owns almost 1,000 domain names and that the disputed domain name is not being used but is listed for sale. The Complaint appears to rely on paragraphs 4(b)(i) and (ii) of the Policy but does not explicitly cite those provisions. 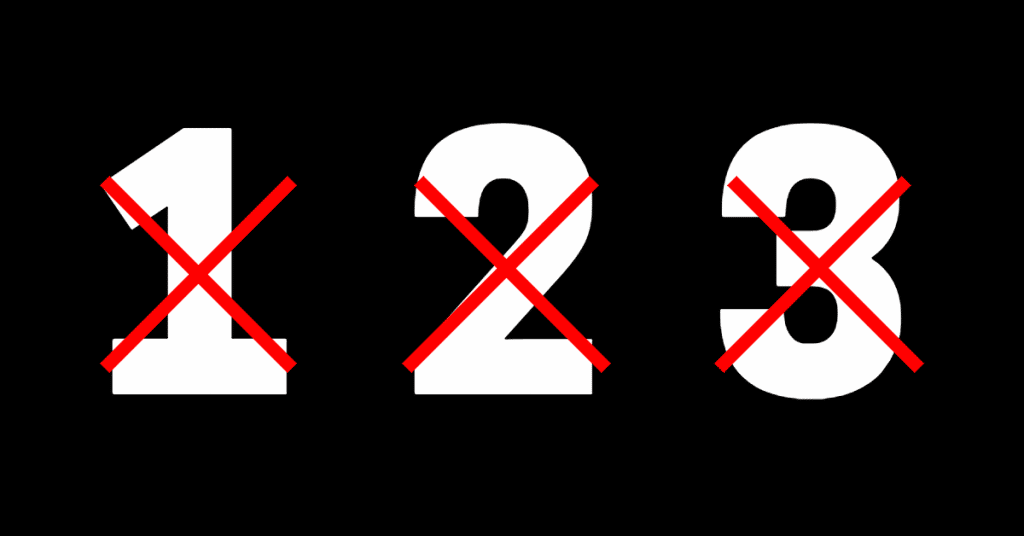 When it rains, it pours, and today that means we have three reverse domain name hijacking (RDNH) cases to report.

The third case is for WWTM.org.

Maharishi Foundation USA, Inc is the guilty party in this case. It has a U.S. trademark for TM, which is short for its Transcendental Meditation technique. It uses the domain TM.org.

Working With The Mind, a community interest company in the UK, uses WWTM.org for its site. The organization helps people with mindfulness, including mindfulness programs for prisons and people impacted by COVID-19.

One of the Complainant’s arguments was that WWTM.org is a typo of WWW.TM.org, but the panelist didn’t buy that.

In finding RDNH, called attention to this statement by Maharishi Foundation:

“Clearly, Respondent selected and used the Disputed Domain Name solely to attract consumers to its website by trading on the fame of the TM trademark; such use can not confer any proprietary rights in Complainant’s trademark to the Respondent.

Furthermore, nothing on the Respondent’s website suggests any proper use of the TM acronym or a good faith basis for adopting the WWTM name. Respondent does not state anywhere on his sites what TM, alone, or in combination with WWTM means.”

Based on the evidence presented in the Complaint, it is certainly not clear to the Panel that the Respondent selected the disputed domain name solely to trade on the fame of the TM trademark.

Shuttleworth & Ingersoll P.L.C. represented the Complainant. The Respondent represented himself.

Company didn’t withdraw complaint after it was apparent the domain was owned by someone with the surname of the domain.

The company filed a UDRP complaint against Machani.com and failed to convince the panel of any of the three prongs required to win a cybersquatting dispute.

Most damning was that the domain name owner’s last name is Machani. While it’s plausible that the Complainant didn’t know this when it filed its dispute, it didn’t withdraw the case after finding out this information. Instead, it doubled down by trying to submit a supplemental filing that did not dispute the evidence about the family name of the Respondent but started with the statement that “The Respondent has not disputed or denied any of the submissions and contentions made in the complaint and is, therefore, deemed to have accepted the submissions and contentions made in the complaint”.

The panelist also found that the Complainant made inflated claims about trademark rights in the term Machani. In any event, the supporting evidence it submitted to purported common law rights post-dated the domain registration.

IndusLaw represented the Complainant, and Ankur Raheja of Cylaw Solutions represented the domain owner. This is the second reverse domain name hijacking finding Cylaw has won that was published today.