Is there a spell for getting domain names? (Still from a Harry Potter movie.)

Warner Bros. Entertainment has failed to conjure up enough magic to get the domain name Dumbledore.com through a cybersquatting complaint.

The studio filed a complaint with National Arbitration Forum to get the domain name, the namesake of the lovable Albus Dumbledore from the Harry Potter series.

It ran into two problems when it tried to argue that the owner of the domain is cybersquatting.

First, Dumbledore is an old dictionary word. J.K. Rowling mentioned that his name was based on this old word.

Second, the owner of the domain hadn’t done anything with the domain when the dispute was filed, so Warner Bros. couldn’t show bad faith given the dictionary meaning of the word.

Gerald Levine, the man who literally “wrote the book on UDRP“, was the panelist.

The disputed domain name is a dictionary word that by happenstance corresponds to one of the words in Complainant’s trademark. Complainant does not have a trademark for the word “dumbledore” standing alone. It may be that aficionados steeped in Harry Potter lore will instantly associate “dumbledore” with the fictional character, and possibly with the trademark owner, but that is not enough to grant Complainant a monopoly on a word that has meanings beyond that conveyed by the mark. A dictionary word domain name that corresponds to a word in a trademark is not presumptively abusive of third-party rights. Use alone will determine the outcome of rights. If Respondent is found to be using the domain name in bad faith it will support registration in bad faith, but there can be no abusive registration without proof of use in bad faith. 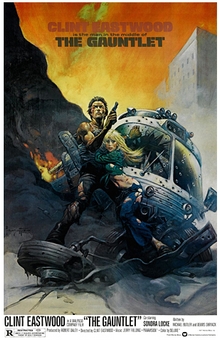 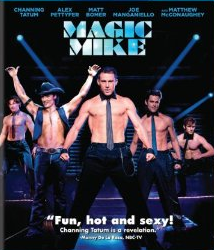 A sequel to the male stripper movie Magic Mike is rumored to be in the works.

Here’s some fuel to add to the fire: Warner Brothers has registered a few domain names related to a possible sequel.

It could be that Warner Bros is just defensively registering these domain names after the movie’s writer and star starting talking about what they’d do in a sequel. Which brings up a good point: why don’t studios just register domains for sequels when they launch the initial movie? They can spend less than a hundred bucks and make sure no one squats on the domains.

Had Warner Bros. done that, they wouldn’t be dealing with something they are now: a New Jersey man registered MagicMike2.com back in July.

Movie studio Warner Bros. has purchased the domain name Injustice.com for $7,500 through Afternic.

This is one of those domains with many uses, but that the owner must have known could end up being the title of a movie or game. It’s kind of like Invasion.com, which is in Sedo’s Great Domains auction this week. However, Injustice.com has a lot more commercial uses than Invasion.com.

It doesn’t appear that Warner Bros. has any announced movies named Injustice. There’s a documentary about class action lawsuits by this name that’s gaining steam, though. Perhaps the movie studio has bought the distribution rights.

There’s one more clue in the whois record that suggests and entirely different use. The DNS records for the domain have been set to ns1.dns.turbine.com. Turbine.com is owned by Turbine Games, a Warner Bros. company that hosts Lord of the Rings Online, Dungeons and Dragons Online, and Asheron’s Call.

I’ll let any movie buffs or online gamers chime in here if they know more.

[Update: Looks the game theory is right. See comments below.]

Company files for arbitration to get domain name. 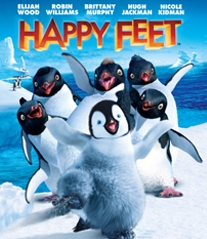 Warner Bros is planning a sequel to its 2006 hit Happy Feet, and this time around it wants a good domain name for its movie web site.

The company has filed a complaint with National Arbitration Forum against the owner of the HappyFeet2.com domain name. Domain arbitration cases usually take 1-2 months, so they should have the domain name in time for the November theatrical release.

The domain name was actually originally registered in 2004 (before the release of the original movie) but has changed hands multiple times since then.

Warner Bros doesn’t own HappyFeet.com, which is used by a footwear store. It might be wise for it to look forward for once and register HappyFeet3.com. That domain was registered but has since become available for registration.