Since the domains aren’t just held back as premiums for registration but are actually registered, they are subject to URS proceedings.

Schilling has successfully defended the first such proceeding against one of his domains, a URS for Finn.sexy.

The complainant, Finn.no AS of Oslo, Norway, has trademarks for FINN. However, the panel wasn’t persuaded that the domain was registered for any reason other than its generic nature.

You can read the decision here.

This time the case computes.

It lost the first case because it filed the case as Wolfram Research, Inc. The panelist noted that the trademarks mentioned in the case were owned by Wolfram Group LLC.

So Wolfram refiled the case as Wolfram Group LLC and won this time around.

The registrant, Andrew Davis, claimed that Wolfram is a common name. The panel didn’t buy his argument, and given Davis’ collection of .ceo domain names this is probably fair.

There are lots of grounds for appealing a decision in URS. What I find unique about this case is that it wasn’t an appeal. In fact, it wasn’t technically a refiling. After all, two different complainants filed the cases.

A lot of brain power missed the connection.

Wolfram Research, Inc. has lost a Uniform Rapid Suspension (URS) case for mathematica.guru and wolfram.ceo, and the case is noteworthy for a couple reasons.

First, the domain names were owned by two different people. One of the whois records has privacy on it, and companies often file UDRP cases against domains that they think the same person owns. But in this case the domains were at two different registrars, which makes me wonder what Wolfram was thinking.

What’s more interesting is how National Arbitration Forum handles such a case. The forum’s supplemental rules state that the first person to respond to the case is the respondent and the other domain is kicked out. Seems like a perverse incentive for responding. In this case the claim against Mathematica.guru was kicked out.

Second, Wolfram lost this case in part because it didn’t connect the trademarks it was claiming between their registrant (Wolfram Group LLC) and the complainant Wolfram Research, Inc. I’m sure they’re connected, but you have to show the connection to the panelist.

URS was designed to be a faster and cheaper version of UDRP for slam dunk cases of cybersquatting. Since UDRP was meant to be for clear-cut cases as well, the burden of proof is very high in URS cases.

Richard Branson was the first to lose a case, for Branson.guru.

Now Heartland Payment Systems, Inc, which describes itself as a Fortune 1000 company that handles $80 billion worth of payments per year, has lost two cases.

Much like the word “Branson”, “Heartland” can refer to much more than the payments company. Short of a smoking gun, such as the domain owner trying to sell the domain to the complainant or putting up parking links related to the trademark’s usage, this type of case is doomed to fail.

In this case Heartland Payment Systems pointed to a blog post it says was authored by the domain owner. The blog post claims the domains were purchased for speculation.

Yet there’s nothing wrong with buying a generic term domain name for speculation purposes. So the domain owner won despite not responding to the dispute.

Panelist Douglas M. Isenberg heard both of the Heartland cases and was also the panelist for Branson.guru. 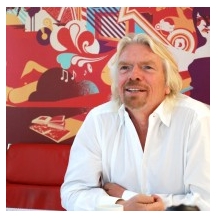 Last month I wrote about how billionaire Richard Branson had filed some cases under the new Uniform Rapid Suspension (URS) policy to suspend domains that cybersquatted his name and brands.

One case that hadn’t been filed at the time was for Branson.guru. A decision has been handed down and Branson has the distinction of being the first person to lose a URS case.

Branson’s lawyers (actual counsel for his company Virgin) made a couple statements in their case that are just flat out silly:

Bearing in mind, there is no believable or realistic reason for registration or use of the domain name branson.guru…

The first thing I think of when I hear branson.guru is a site about the tourist destination Branson, Missouri. I don’t envision a “guru” site about Richard Branson.

My guess is the lawyers basically made the same case they did for RichardBranson.holdings/.ventures.

The panelist rightfully denied the case. Unless the registrant put up a parking page with ads related to Virgin or Richard Branson, or tried to sell the domain directly to the complainant, this case was dead on arrival.

The domain registrant did not reply to the case.