GoDaddy Registry will now operate and market the .tv domain.

Tuvalu is a small island nation of about 10,000 people. It struck internet gold because its ISO country code is TV, and it was therefore assigned the .tv country code domain.

It entered into a deal with Verisign in which Verisign (NASDAQ: VRSN) operated and marketed the domain. That deal came up for renewal and GoDaddy won the bidding.

Companies have adopted .tv domains as online video content has taken off. It is a nice registry business with high annual registration fees and some domains commanding premiums. There are roughly 500,000 domains in the namespace.

As lucrative as the contract was, it was not enough for Verisign, which runs the .com namespace, to have bothered fighting for the renewal. A Verisign spokesperson told Domain Name Wire, “We declined to participate in the tender process for business reasons.”

It’s possible that, given the name’s success, Tuvalu commanded more of the pie and made it not as interesting for Verisign. Even at current contract terms, it wouldn’t be a big deal to Verisign. (The company has not made an SEC filing, suggesting it might be immaterial to the company.)

The Ministry of Justice, Communication and Foreign Affairs, Tuvalu Government announced the deal on Facebook today:

I find it humorous that the government official is standing in water. Rising sea levels threaten Tuvalu. Eventually, it may be wiped out by the sea. If that happens, a new plan suggests that the .tv extension would cease to exist. 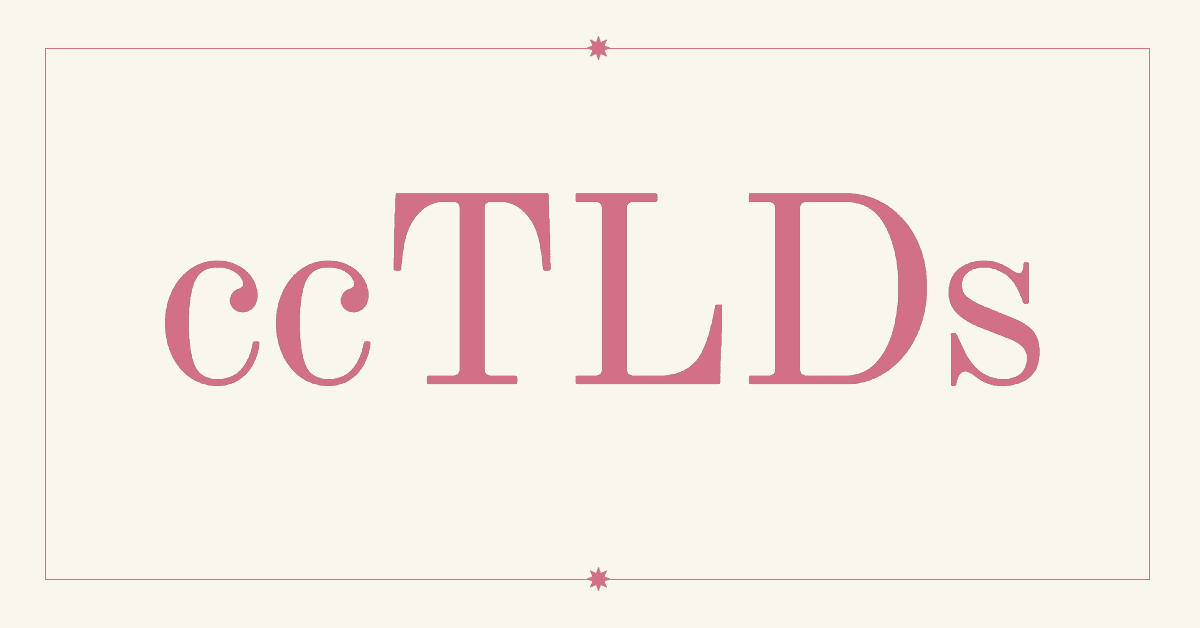 The Country Code Names Supporting Organisation (ccNSO) has submitted a new recommended policy (pdf) on the retirement process for ccTLDs for approval by the ICANN Board of Directors.

The plan updates the process for retiring country code domains and gives ICANN a set procedure for sunsetting the domains. Under the plan, the retirement process kicks off if there’s a change made to the ISO 3166-1 Alpha-2 Code Element. The ISO list includes the two-letter country codes assigned to each country.

The updated plan formulates a procedure and timeline for these retirements. When a triggering event occurs, IANA Naming Functions Operator (IFO) will notify the ccTLD manager that the extension will be removed from the root in 5 years. The manager can request an extension of up to 5 more years, but it’s up to IFO to approve that request.

So what does this have to do with .TV? .TV is the country code for Tuvalu, a country in the west-central Pacific Ocean. The average height of the islands is less than 2 meters, and climate change is impacting its habitability. While it doesn’t seem that there’s a very near-term threat to Tuvalu’s existence, it’s likely to disappear one day.

Without calling it out by name, the ccNSO policy mentions Tuvalu as an edge case. The report refers to a situation in which “Island state disappears, but interests (was: “commercial Interests” intended to keep ccTLD “alive”).” The answer: “If the code element is removed, the ccTLD is eligible for Retirement. Reason for removal is not of relevance.”

I suspect that if a highly-used and commercialized ccTLD were to face retirement, there would be significant pressure on ICANN to make an exception.

The echo chamber about GoDaddy’s diss of .tv shows that new and old media can get it wrong.

GoDaddy is taking its diss of the .tv domain name a step further. How people are reacting to and writing about it shows that it’s hard to know who the “authoritative source” is.

In November I wrote an article about how if the country of Tuvalu (which has the .tv country code) ceased to exist, .tv would technically go away. GoDaddy founder Bob Parsons later joked about tuvalu sinking on his video blog and how this would be the end of .tv. (Parsons was promoting .me as an alternative. GoDaddy backs the .me registry.)

GoDaddy took it a step further recently, adding this disclaimer to its web site when you search for a .tv domain:

What follows is a lesson in not always believing “authoritative sources” and the echo chamber.

A blog picked up on GoDaddy’s latest move, and BoingBoing wrote a story about it. One of the commentors on the BoingBoing story said:

A search for “tuvalu sinking domain” online gives this refutation of this story from 2004. Godaddy should probably take a look at this little thing called Google before they get all hot and bothered.

Then Gawker wrote about the story, and included the bit that GoDaddy was wrong about .tv going away if Tuvalu no longer exists.

So everyone believed what was in USAToday. “It’s USAToday, so it must be accurate”. The problem is the USAToday article quotes someone who is wrong. It quotes a VeriSign representative:

VeriSign spokesman Tom Galvin tells me that a defunct country’s Internet domain lives on. For instance, you can still find addresses on .su â€” the domain for the Soviet Union.

VeriSign runs the .tv domain name. So it has a vested interested in the domain surviving.

But the truth is that if Tuvalu no longer exists*, the current rules stipulate that the domain name will be phased out. That’s straight from ICANN’s mouth. The .su case was unique, and it will eventually be phased out. The rules could change, but as it stands today GoDaddy is right.

*If it goes below water the country could still exist. Some island nations are buying land elsewhere to move to if they eventually go below sea level.