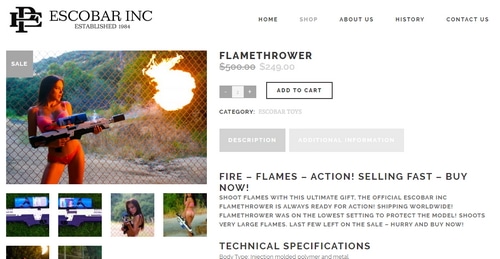 Amazon.com’s (NASDAQ: AMZN) long battle to get rights to run the .Amazon top level domain name might still pay off, but countries that are part of the Amazon region continue to play hardball.

On Sunday, ICANN’s board resolved to have ICANN continue serve as a sort of mediator between countries such as Brazil and Peru and the United States’ second most valuable company.  It wants ICANN to come back with a proposal that will allow the region and company to essentially share the top level domain.

Amazon.com applied to run the .amazon domain name as part of the 2014 top level domain name expansion. It was one of 76 domains the company applied for. Some of the domains were generic in nature, and others were branded domains like .AWS.

Brazil and Peru filed an “early warning” through the ICANN Governmental Advisory Committee (GAC) saying that it was opposed to the application for .Amazon. It argued:

(No mention was made to how the region has been hurt by the ecommerce company owning Amazon.com.)

The GAC provided official advice to ICANN that it didn’t approve of the .Amazon domain application, and ICANN rejected Amazon.com’s application as a result.

Amazon.com then tried to work with the member states of the Amazon Cooperation Treaty Organization (ACTO). Its negotiations failed, and Amazon.com filed for Independent Review of the decision to reject its application. It won that review.

Since then, the company has continued to work with the ACTO to come up with a solution that makes them it comfortable. Its latest proposal includes reserving domains the ACTO would like held back, helping ACTO create a website to promote the region (and funding it), and giving a big, fat $5 million gift card to ACTO member states.

The board now wants ICANN to present it with a proposal that will let Amazon.com use the domain for its business purposes but appease ACTO members.

In a battle of hard-headed governments vs. the U.S.’s second biggest company, delay is the big winner.

One of new top level domain name company Donuts’ subsidiaries has sued ICANN in an effort to postpone the auction for .web and potentially disqualify one of the participants.

Donuts and at least two other applicants are concerned that someone is bankrolling applicant Nu Dot Co’s application for .web. They believe there might be a change of control to the entity and new people involved, which they allege might require a change to Nu Dot Co’s application. They want this week’s auction of last resort for .web postponed while the matter is investigated.

Nu Dot Co, set up by Juan Diego Calle of .co fame, has traditionally settled contention sets by participating in private auctions in which the losers split the proceeds. That could be millions of dollars each in the case of .web. But Nu Dot Co declined to participate in a private auction for .web, forcing all other applicants to an ICANN auction in which the proceeds will be held for an as-yet-unspecified use.

ICANN says it has already investigated the matter and determined that there’s no reason for Nu Dot Co to file a change to its application, which is what Donuts and others are demanding.

(As a side note, Donuts was smart to apply for each domain through a subsidiary. Among other benefits, if the ownership, board makeup, etc. changes at Donuts, all of the subsidiary applications don’t need to be changed.)

In its lawsuit (pdf), Donuts argues that ICANN is not halting the auction because it stands to gain if the auction is an auction of last resort. I suspect even Donuts doesn’t believe the issue is about money. ICANN would much rather not have to deal with it and has always urged applicants to settle contention sets on their own. Still, Donuts’ argument is probably the right argument to make to convince a judge or jury.

Donuts wants to find out who is behind Nu Dot Co’s application. If it’s arch enemy Verisign, perhaps that will affect the strategy of the other applicants.

Some applicants and industry observers think .web is the one top level domain that could really catch on and make a run at .com. Of course, they also thought the hundreds of other top level domains would have made a serious dent in .com by now. That hasn’t happened.

The heirs of the late Igal Lichtman, commonly known in domain name circles as Mrs Jello, have lost a UDRP decision for the common name Camilla.com.

A three person World Intellectual Property Organization panel determined that, even though the domain name was registered prior to the Complainant having rights in the (common name) Camilla, Lichtman somehow registered the domain name in bad faith.

The panel’s argument was that the domain name was registered speculatively “with an open mind to as to the exploitation of trademark rights” in the future. END_OF_DOCUMENT_TOKEN_TO_BE_REPLACED