Here’s a look back at the stories that got the most pageviews on Domain Name Wire last month, as well as links to listen to the podcasts. 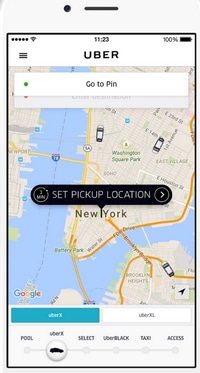 1. F**K Intuit, says Intuit – It’s been a difficult few months for Intuit (NASDAQ: INTU), maker of TurboTax. It has been criticized for lobbying the U.S. government to prevent the IRS from making it easier to calculate and file taxes online, and then using robots.txt to block information about its free version from search engines. What’s a company to do? Stock up on domains that could be used to criticize it.

2. Uber.com domain could have been $532 million – Universal Music sold the Uber.com (NYSE: UBER) domain name for equity. Had it held onto it until the IPO it would have been worth over a half billion dollars. Instead…

3. Don’t give your web developer access to your domain registrar account – Just don’t. Even one of the comments from a web developer on this story reiterates the point.

eToys stories most popular in February.

Toys, toys, toys. That’s a theme in the top stories on Domain Name Wire in February, as ranked by views.

1. Toys.com, Birthdays.com, Hobbies.com Sold at Auction – after getting a tip, Domain Name Wire uncovers the details behind a multi-million dollar domain name auction. If only the tip came in before the auction. In some ways it did, since Toys.com was reauctioned in the month.

2. GoDaddy.com Purchases Second Super Bowl Commercial – this article was actually published January 30, but got a life of its own the day after the Super Bowl as people looked for Super Bowl commercials. I think DNW beat all major news publications, including local Arizona press, to publishing this story.

3. Toys â€˜R’ Us, Frank Schilling Among Bidders to Pay $1.35M or More for Toys.com – details of bidders for Toys.com Part II emerge, and there were some familiar faces.

4. Goldberger on Toys.com Team, eToys.com Buyer Remains Mystery – I started investigating the identities of two of the big winners in The Parent Company domain name auction. Although the eToys.com buyer remained a mystery, I had good reason to believe it was Toys ‘R’ Us.

5. Sedo Acquires RevenueDirect and Why It Makes Sense – some people were disappointed about the size of this acquisition (even though we don’t know how much it sold for), but the real story is that we’re entering another stage of acquisitions in the domain industry.