A lawsuit (pdf) filed in U.S. District Court in Virginia yesterday alleges that 699.com is a stolen domain name.

Plaintiffs Xinming Zeng and Zaiyan Wang say they are the rightful owners of the domain name and that it was stolen from their GoDaddy account around September of last year. They learned about the apparent theft late last year.

Oddly, the in rem lawsuit states, “Currently, the Domain Name is still under the unauthorized control of Defendant [John Doe] and is being maintained at GoDaddy. The Extensible Provisioning Protocol (EPP) domain status code is currently “clientTransferProhibited” meaning that it is not possible to transfer the domain name registration without first contacting the registrar and requesting that they remove the status code.”

Whois history shows that the domain has actually moved between registrars since the alleged theft, and the lawsuit even mentions that the contact email address is now at Dynadot. Whois records show the domain moved from GoDaddy to Metaregistrar before landing at Dynadot.

A Chinese man has filed a lawsuit (pdf) alleging that someone stole the domain name 330.com from him.

Dong Huang filed an in rem lawsuit against 330.com in U.S. District Court in Virginia yesterday.

He says he acquired the domain on November 6, 2018, as an investment. According to the suit, the domain was stolen on or around November 12, 2021.

Historical Whois records suggest the alleged theft might have occurred earlier than that. The domain came out of Whois privacy in August, and the domain was transferred from GoDaddy to eName, before quickly being transferred to Alibaba.

Greenberg & Lieberman is representing the plaintiff in the case.

A Chinese man has filed a lawsuit (pdf) that alleges four four-digit domain names are stolen.

The plaintiff says he used the domains as early as July 2020 and generated $10,000 in revenue from the domains, which he says generated an average of 2000 unique visits per day. He became aware that the domains were stolen in December 2020 and then learned of the domain transfers in August 2021.

According to historical Whois records at DomainTools, two of these domains have bounced around multiple owners over the years, which always gives me pause.

The person who paid $109,000 to buy 509.com in a domain name auction has responded to a lawsuit that alleges the domain name was previously stolen.

Yin Sheng filed a lawsuit in U.S. District Court in July against John Doe and in rem against the domain, saying the domain was stolen from him. He said he acquired the domain in 2018. NameBio records show the domain sold for $295,000 that year.

The domain was auctioned on Sedo this year. Dashiell Shapiro won the auction and paid $109,000 for the domain name.

Shapiro responded (pdf) pro se, arguing that he acquired the domain in “a well-publicized auction from a recognized domain marketplace.” He also makes an affirmative defense of laches.

Many of the domain names were subsequently sold. 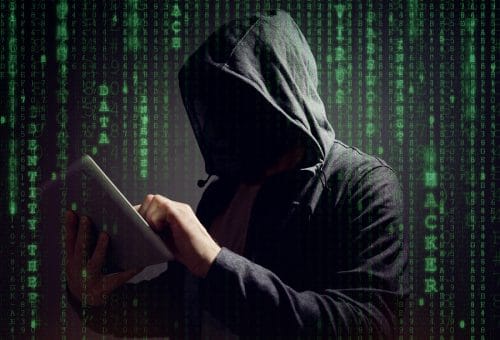 15 domain names beginning with “go” have allegedly been stolen and many of them have been resold — creating a complicated issue now in the courts.

Scott Petretta registered the domain names about two decades ago as part of his business Multi-Force Corporation. The names include popular keywords preceded by “Go”, such as GoCars.com, GoParts.com, and GoSales.com. Petretta apparently discovered they were stolen sometime late last year or early this year.

Unfortunately, some of them had been sold to third-parties already. Domain investors purchased some of the domains, but at least one was purchased by an end user.

Petretta filed an in rem lawsuit to get the domains back, but there’s a wrinkle. Before he filed his suit, the end user that bought GoParts.com sued Petretta (pdf) alleging cybersquatting with the domain.

Go-Parts, which was incorporated in 2013, has long coveted the GoParts.com domain name. Its lawyers sent a cease and desist letter to Petretta in 2015. That letter argued that “… By law, a domain name owner is not entitled to profit in any amount from the sale of a domain name…” (emphasis in original) and threatened that Petretta was liable to pay at least $175,000.

Go-Parts does not appear to have acted on its threats, perhaps because it knew its trademark rights postdated Petretta’s registration of the domain name.

But the company then thought it bought the domain name in October 2019. It popped up for sale at GoDaddy for $4,900 and the company paid for the domain. This probably seemed like an incredible stroke of luck for the company given that it says Petretta previously asked for $100,00 for the domain.

In February, GoDaddy notified Go-Parts that it was canceling the transaction because Petretta’s attorney, David Weslow of Wiley Rein, notified it that they were filing a lawsuit to recover the domain names.

On August 11, Go-Parts’ (new) attorneys filed a lawsuit (pdf) against Petretta. The lawsuit appears to be dead on arrival because it admits that Petretta owned the domain name before it was in business. Its lawsuit makes arguments including that Petretta bought the domain “with the sole or primary intent to sell or license it later to a third party who was or would be using it for an actual business.”

There’s another odd wrinkle to this mess. I checked the Whois record for GoParts.com this morning and it shows that the owner is in California, where Go-Parts is located. Petretta is in New Jersey. (GoDaddy’s obscured whois records do not show the registrant name.) And GoParts.com still forwards to Go-Parts’ website at Go-Parts.com. So if GoDaddy canceled the transaction, who did it return the domain name to?

The situation is unfortunate for everyone involved, save for the thief. Assuming the allegations of theft are true, then the other parties bought hot domains.