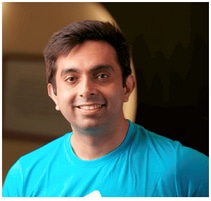 New top level domain name registry Radix has named Sandeep Ramchandani as its CEO. He was previously the vice president and business head for business.

Bhavin and Divyank Turakhia founded and funded the company. Bhavin was acting as CEO until now.