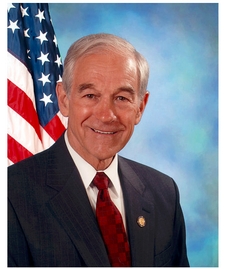 The two cases covered RonPaul.com and RonPaul.org, and were part of a public spat between the domain owners, who say they are Ron Paul supporters, and the politician.

The owner of RonPaul.com offered to sell the domain name to Paul, or to give him the .org version for free. The domain owner claimed the value it was seeking in the sale was from its mailing list of Ron Paul supporters.

According to whois, there are two different owners for the .com and .org domains. However, given the communications, they are clearly linked in some way.

Both domain names are owned by groups in Panama.

I have obtained copies of the decisions. In the case of RonPaul.org, Paul was found guilty of reverse domain name hijacking.

It’s possible that the complaints were denied on the basis of laches, in that Paul had not disputed the ownership of the domains while the registrants built of a significant web presence on the domains. It was only after he exited congress that he went after the domains.

Nevertheless, the domain owners have made money selling Ron Paul merchandise and tried to sell the .com domain to Paul.

I’m not aware of any pending lawsuits that would have led WIPO to terminate the proceedings.