The company had a net increase of 565,000 domains under management and now has 11.3 million DUMs.

Namecheap CEO Richard Kirkendall said he anticipates that the company will surpass 12 million domains under management in Q4 of this year.

“In these uncertain times, we are proud to be able to continue to operate at full capacity, offering our industry leading 24/7 customer support, while being able to ensure the safety and wellbeing of our entire workforce, who all continue working from home,” said Kirkendall. 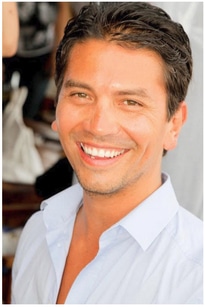 Domain name registrar Namecheap announced that it has eclipsed the 10 million domains under management milestone. This comes after being named to the Inc 5000 with $109.1 million in revenue last year. I reached out to Namecheap CEO Richard Kirkendall to ask questions about the growth, the company’s history as a reseller and what it has planned for the future.

DNW: For a long time, you were a reseller, so it wasn’t clear just how big Namecheap was. Why did you decide to move your domains under your own registrar creds?

Kirkendall: I’ll start by saying that we’ve had our own registrar backend and our own accreditation for many years now. The sole reason we had continued to work with Enom was because of the partnership we formed with them over the years, and the extremely favorable terms they gave to us to stick around.

That being said, we were under contract with them, and once that contract ran out, we decided it was time to finally branch out on our own. Being on our own allows us to use our scale and leverage our size to work out better deals, and also to form partnerships that directly affect the value we are able to deliver to our customers.

Cutting out the middleman has also allowed us to build better technology, as well as directly affect how quickly and efficiently we serve our customers. It’s been a long time coming and we are excited by the road ahead.

What role have new TLDs played in reaching 10 million domains?

Kirkendall: The new TLDs play a role, but I wouldn’t say they are the only driver to our growth. As you’ve pointed out in some of your blog posts recently, we are one of the largest registrars when it comes to legacy TLDs such as .com and .net as well. Our growth is mainly being driven by our ever-expanding customer base, and that’s what is key here.

We have millions of customers on our platform, and that number continues to expand quickly. I would say, in terms of customers for a single domain registrar, we are the second largest retail registrar in the world. Our strategy from the get-go has always been to focus on many customers with a few domains, rather than a few customers with many domains. It is this same strategy that has allowed us to quickly scale across all TLDs – as we have a wide range of customers with different needs.

(Editor’s note: Namecheap is the 5th largest registrar for .com domains and the 2nd largest for new TLDs.) END_OF_DOCUMENT_TOKEN_TO_BE_REPLACED