Alternative currency pitched as way to avoid taxes could be behind PayPal’s decision to stop providing services to Epik.

This screenshot from June 2018, captured by the Wayback Machine, shows how Epik pitched Masterbucks as a tax-advantaged way to buy and sell domain names.

After Domain Name Wire wrote about PayPal dropping Epik last week, Mashable writer Matt Binder confirmed with PayPal that the decision had nothing to do with Epik catering to fringe and far-right websites. A source told him the issue is with Epik’s Masterbucks.

Given the controversy, it’s worth digging into the Masterbucks concept.

Epik pitched Masterbucks as a sort of alternative currency, but it’s essentially store credit. When Epik customers sell domains, they can receive the funds in Masterbucks. They can then use this store credit to register domains, acquire domains on the aftermarket, and use for other Epik services. They can also send “real” money to Epik to add to their Masterbucks account and withdraw Masterbucks into real currency.

Proceeds can be held in the form of in-store-credit until redeemed. Redemption to cash is a taxable event, however trading domains for domains is a like-for-like exchange for which there should be no taxable event. Depending on your jurisdiction, you should consult with your tax advisor, but we have yet to see a challenge.

Monster pitched it as a 1031 exchange.

While the concept was previously used for things other than real estate, the Tax Cuts and Jobs Act passed in 2017  changed the law to say that 1031 exchanges could only be applied to real estate.

Monster pitched the 1031 exchange value of domain names after this change.

Applying 1031 exchange law to domain names could be a big tax advantage.

Epik customers in the U.S. who used Masterbucks to avoid paying taxes could be in trouble. In October 2018, Monster wrote on Domain Name Wire, “We have folks buying and selling daily, tax-free as 1031 transactions.”

PayPal apparently inquired about flows of money through the registrar before terminating services; domain name registrar with controversial customers says it is being deplatformed.

It’s not entirely clear what happened, but Epik has commented on the decision in multi-page letters to PayPal employees, the CEO of PayPal, and a reporter for Bloomberg who apparently asked the company about some of the sites that use its services.

The letters from Epik SVP of Strategy and Communications Rob Davis noted that PayPal informed it:

“PayPal has determined that we will no longer provide our services to you due to service risk. A business decision has been made to no longer process transactions on your behalf…”

PayPal did not allow it to appeal.

Further explanation in the letters suggests that PayPal inquired about the provenance of some of the money flowing through Epik. In a letter to PayPal’s CEO, Davis wrote:

This is before we even address what looks like the intentional and inaccurate classification of our proven business model as a domain registrar, as a possible money laundering operation invoking compartmentalized handling procedures for convenient cover related to the Patriot Act…

Davis mentions that PayPal inquired about offshore numbered accounts, money transmission licenses, Patriot Act certificates, AML, external process flows, and other queries related to cross‐border activities and law enforcement. He called these questions “absolutely absurd, and well outside of any knowledge or experience we have as a domain registrar.”

Epik believes PayPal’s action is actually an attempt to “deplatform” the registrar, which is known for catering to fringe and far-right groups. Among its customers are Gab.com, which came under fire after the Pittsburgh synagogue shooting, and Alex Jones’ InfoWars, a conspiracy theory site.

In an open letter to PayPal employees, Davis wrote:

It would appear that in a direct effort to silence conservative voices, PayPal has terminated our payment services ‐ just two weeks before a Presidential election. While the concept of technology firms targeting conservative‐owned companies to deplatform, demonetize, and deindex users is not unknown to us, the degree of tyranny and oppression that this particular action represents cannot go unaddressed by the American people. The fact that PayPal would initiate these steps at the exact time major technology firms are being exposed for censorship and being called to Congress is beyond rational thinking. It is like key executives are going out of their way to subject your company to the type of scrutiny that changes organizations forever.

…. With more than 100,000 customers and approximately two million domain names under management, many of our clients also represent leading conservative voices, who together can achieve and influence hundreds of millions of unique visitors each and every month. In the wake of damning evidence about Hunter Biden that threatens to expose elements of the DNC for being overtly anti‐American, PayPal has now seemingly moved into an aggressive phase of delivering brutal consequences for those who stand for truth.

Epik also links to a story about PayPal accidentally asking some sellers for additional information related to their accounts. PayPal said it was a technical error, but Epik links to it by suggesting that the glitch was really a cover for deplatforming.

The registrar also published contact information for many PayPal and GoDaddy executives.

Update: Mashable reports that PayPal confirmed it was confirmed about financial risk. A source told it the issue is with Epik’s “Masterbucks” currency.

Here are the top stories on Domain Name Wire for the past month, as well as podcasts.

1. Edible Arrangements sues to get Edibles.com – The fruit delivery company owns Edible.com and wants the plural version. Perhaps for its new CBD venture.

3. XYZ wins .car/.cars/.auto auction – The company was one of two owners of the registries, so it effectively bought out partner Frank Schilling.

5. PayPal adds seller protection for domain name transactions – PayPal is now protecting sellers of domain names, not just buyers. But the rules make it such that you probably want to use a domain escrow service for more expensive domains.

PayPal extends intangible goods coverage to sellers, but it might not be easy to make a claim.

The updated coverage protects against someone buying a domain name from you and then disputing the transaction on the grounds that they didn’t receive the domain name. How this will work in practice, however, is a bit tricky.

You’ll need to show proof that the domain was transferred to the buyer:

If there’s a way to verify the email address on the registrar account the domain is being transferred to, it would be smart to make sure this matches up with the PayPal address that paid you.

All of this is to say: PayPal might be safe for selling low-value domains, but it’s still worth using a service such as Escrow.com or a marketplace for larger transactions.

Domains connect to email which connect to…all sorts of things. 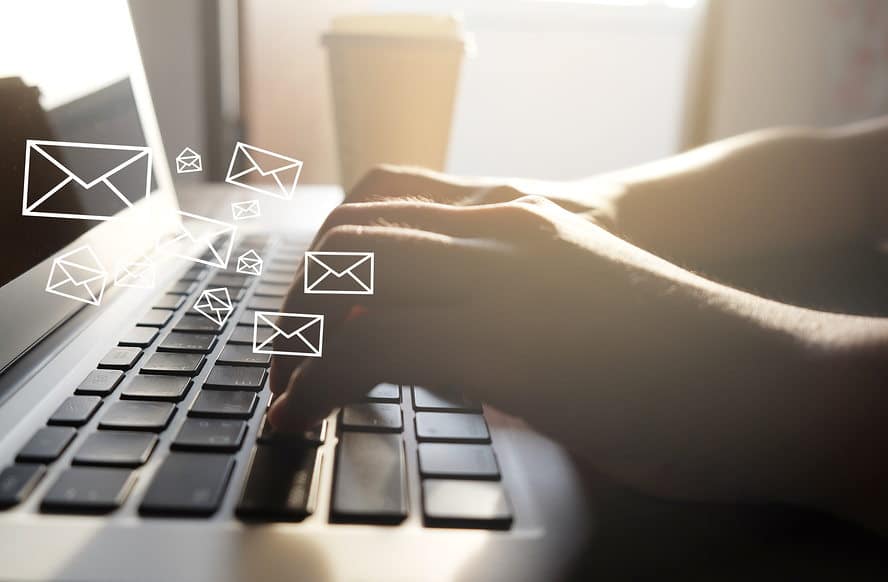 Those email accounts might be connected to financial services, too.

The Register wrote this week about someone who acquired an expired domain that was attached to a PayPal account. For months, the domain owner received PayPal statements, password reset notices, and other alerts from the PayPal account. He was also able to get into the account by doing a password reset.

PayPal didn’t seem to care or know what to do about it until The Register wrote about the issue.

Even people who don’t own a domain name can face the plight of email intended for someone else. It happens to my Gmail address all of the time.

One particularly frustrating example is when someone signed up for the SAT using my email address. I received score alerts for the person and couldn’t figure out a way to let them know. More frustratingly, I have now received about 100 emails from various colleges inviting this person to apply or visit an open house.

I was able to notify the student’s mother by doing a password reset on the account and finding a parent email address listed in the account that I used to contact her. Still, my email address is registered with many of the universities.