Recent domain name registrations add fuel to idea that Amazon will create a competitor to YouTube.

Amazon.com has expanded its domain name registration activity for domain names including ‘AmazonTube’ and ‘OpenTube’, suggesting that that the company is considering creating a rival to Google’s YouTube.

Last week I wrote that the company registered the domain names AlexaOpenTube.com, AmazonAlexaTube.com, AmazonOpenTube.com. The registrations came shortly after Google escalated its fight with Amazon over how the latter provides access to YouTube on its devices, such as the Echo Show.

The company already owns AmazonTube.com, a domain name it registered in 1998. OpenTube.com is registered to someone in Great Britain and the website is perplexing.

Dozens of new domain name registrations suggest that Amazon is gearing up for a fight. 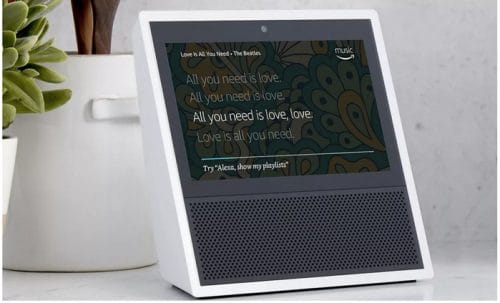 Amazon.com has been fighting with Google in recent months over the inclusion of YouTube on Amazon’s Echo Show devices. Amazon.com might be gearing up to take the fight to another level.

The Echo Show is an Alexa-powered device that includes a screen. We have one in our house and my daughter loves to watch YouTube videos on it. Rather, she did enjoy watching YouTube on it until Google forced Amazon to pull the plug.

Details of the fight are summarized nicely here.

Coinciding with the latest news of YouTube being pulled from the Echo again yesterday, Amazon registered three domain names:

Is Amazon preparing to create its own free and open competitor to YouTube? Or is it starting an OpenTube initiative to get Google to open up? We’ll have to see.