The company announced a buyback program commencing today in which it will buy up to $3 million in shares through the end of the year.

Shares had fallen by about a third after the company announced an accounting investigation. It later determined that the company had improperly booked revenue that should have been considered more like a deposit.

Operating cash flow for 2020 is expected to exceed $4.0 million, which would result in available cash at December 31, 2020 of more than $8.0 million prior to buybacks.

Interim management for the company said it will take steps to reduce costs in 2021.

MMX CEO Toby Hall speaking at a domain name event. MMX’s board is investigating if it improperly recognized revenue from a contract.

New top level domain name company MMX announced that it might have incorrectly recognized revenue from a contract.

According to the announcement, the MMX Board is commencing a formal investigation to determine whether the revenue was correctly recognized. The investigation is related to a contract that was entered into last year “and relates to whether all requirements for the recognition of revenue had been met prior to 31 December 2019 and 30 June 2020 or whether such amounts should have been classified as a refundable deposit against future sales or deferred revenue at those dates.”

The company’s maximum cash impact is $1.0 million if it turns out that amounts received under the contract were to be refundable, assuming no further revenue was generated. The other question is if the company recognized the revenue too early, which would force it to restate earnings from last year.

One-off brokered transactions dropped by $0.8 million to $0.1 million. The company has been moving from these brokered deals to focusing on recurring registrations. And just in time, as evidenced by the precipitous fall in 2020 as the world reacted to the pandemic.

The company says that bookings for its brand-protection services also slowed in the first half in response to the pandemic, but it believes these will rebound in the second half of the year.

The good news is that this pushed a lot of water under the bridge, making 2019 a stellar year for the company, as detailed in the company’s annual report.

Sure, that was helped by a couple of accounting gains, but anyway you look at it, 2019 was a much better year for the company.

Revenue increased 25% to $18.9 million, helped in part by a full year of the contribution of ICM Registry, a business it acquired in 2018.

And Adultblock, a new brand protection product related to the ICM Registry portfolio, generated $1.1 million in recognized revenue during the last two months of 2019.

While ICM had a lot to do with MMX’s changed fortunes, the company also saw positive movement in some of its other top level domains. In Q4, .VIP grew by over 360,000 registrations. Importantly, 267,000 of these were standard sales at GoDaddy. (Read: not heavily discounted sales to China.)

In its annual report, the company notes that it is closely watching the impact of COVID-19. For now, it expects the immediate-term impact to be on one-off brokered sales but those account for less than 10% of the company’s sales.

As it monitors the impact, the company has delayed its decision on a previously-announced dividend until September. In the meantime, it’s going forward with share buybacks of its (now cheaper) shares.

MMX’s report is perhaps the first financial report by a publicly-traded domain name company in the wake of the spread of COVID-19. While the company is hopeful, it provides caution that everyone in the domain business should heed:

“But to believe that we are fully insulated from the global crisis would be unwise.” 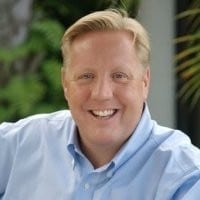