Now, World Trademark Review has compiled an extensive list of all of his activities.

The publication calls it The Gleissner Files. It contains more than 1,100 registered company names, over 2,500 trademark applications and 5,300 domain names (and how they are being used).

It’s a 69-page .pdf document, so searching it won’t be that easy. But it shows the breadth of Gleissner’s bizarre activities. Among the .com trademarks his companies have applied for: Top.com, Host.com, Bob.com, Fiji.com, Salt.com, Connect.com, Black.com and many more.

What is Gleissner’s end game? We know he has filed UDRPs to try to get generic domains and has threatened trademark applicants about getting their marks canceled. But I’m still scratching my head about the overall strategy.

Well, that would be an abuse of UDRP. 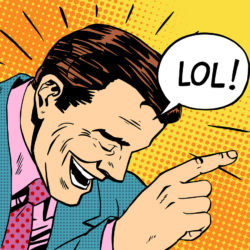 World Trademark Review talked with an unnamed source “related to one of [Michael] Gleissner’s businesses” about what the heck he’s up to with his trademark filings, UDRPs and more.

The anonymous source told World Trademark Review that the allegation that the trademark filings are part of a scheme to acquire domain names is bunk:

That is a far-fetched and gross allegation. Just in case you’re wondering whether the stuff on UDRP that you see written on blogs is true, the truth is that we were trying to see how UDRP works and learn its possibilities in-house as part of an R&D project. It would be really ambitious thinking that you can just obtain old domains by virtue of a baby-trademark filed six months ago.

An R&D project? That’s interesting. Don’t forget what one of a Bigfoot representative’s job responsibilities was:

I’m not sure exactly what Gleissner and his companies are up to. But they are filing an awful lot of objections against trademark applications that have little to nothing to do with what they are seeking trademarks for. And trying to trademark .com domains you don’t own? What could possibly be a benign motive for that?

After being ordered to pay Apple money, he files two Apple-related trademark applications in the U.S.

I’ll say this about Michael Gleissner: he’s not afraid to pick fights with deep-pocketed companies.

Just days after being ordered to pay Apple £38,085 for filing trademark revocation proceedings with an ulterior purpose, firms that list Gleissner as Director filed trademark applications in the U.S. for both Apple and iPod.

Meanwhile, his attorneys are up to their usual trademarking activities.

On the same day as filing the Apple and iPod trademarks, they filed a trademark application for Clear.com. The domain name was owned by Wimax company Clearwire which was acquired by Sprint. Sprint still owns the domain name and forwards it to Sprint.com.

They also filed an application for Brandster.com, which appears to not be connected to Gleissner’s firms. I have reached out to the owner of Brandster.com to confirm.

Flushing money down the toilet.

Michael Gleissner’s lawyers don’t seem to have a grasp on how UDRP works, and they continue to waste money filing and losing cases.

EKR Systems Limited, which lists Gleissner as director, filed a UDRP against the owner of mclip.com.

EKR’s lawyers at Morton & Associates falsely claimed in the original filing that the domain name owner didn’t acquire the domain name until 2014. When pressed by the panelist for more information, the lawyers said they made a mistake, and the owner actually registered the domain in 2010, but still after EKR claims trademark rights.

Morton & Associates based both of these dates on improper readings of DomainIQ historical whois record, and panelist Luca Barbero called them out on it.

Indeed, DomainTools records show that the owner has had the domain name since at least mid-2009.

But 2009 vs. 2010 didn’t ultimately matter. The panelist pointed out that there was scant evidence that the mclip mark was well known at the time and that the domain registrant had the complainant in mind when it registered the domain. It’s also a short mark with lots of users and acronyms.

Companies continue to file trademark applications, including on domain names they don’t own.

Companies that list Michael Gleisnner as their officer continue to file trademark applications with the U.S. Patent and Trademark office.

The latest batch includes three .com domain names. One has whois privacy, but the other two are definitely not owned by Gleisnner:

In addition to these domain-names-as-TMs, companies also applied for these terms on a 44D basis: