Blocklists don’t keep up with domain names as their use changes. 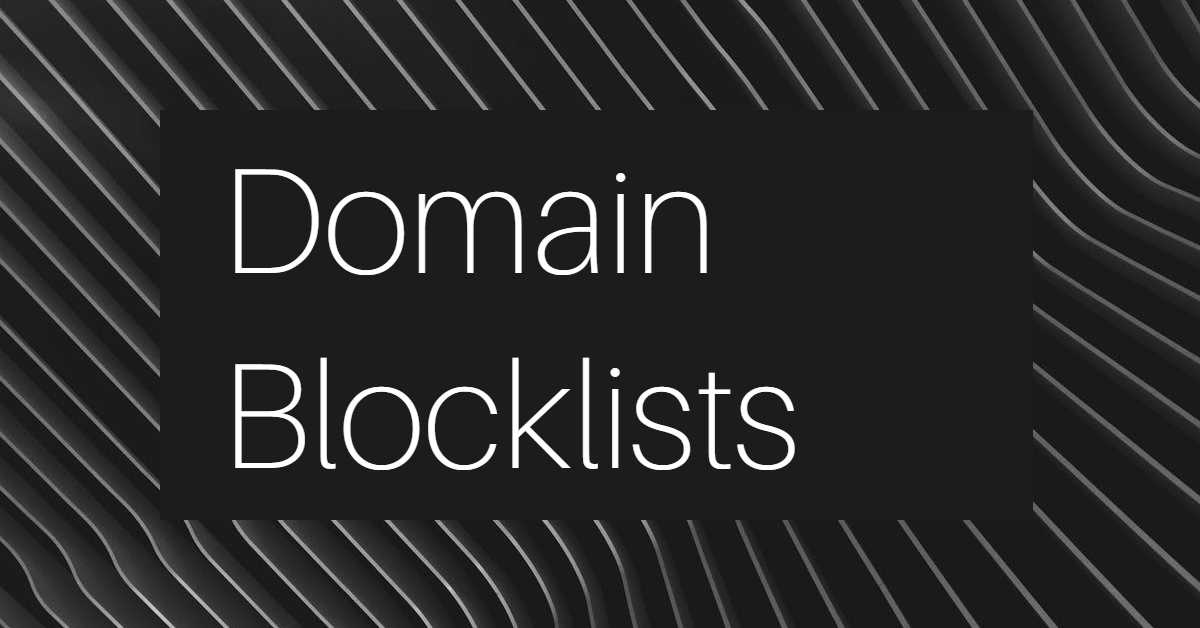 Michael Sumner, a partner at domain name sales data site NameBio, had a rough start to November. He woke up on November 2 to find a message from PayPal in his inbox with the subject “You can no longer use PayPal.”

In a follow-up communication, PayPal explained to him that some transactions were flagged because they mentioned domain names that have previously been used for malicious purposes. He wrote:

Imagine this… Example.tld is used for a file sharing site for years. That domain expires, one of you knuckleheads buys it, and then months later you try to auction it off. “I’ll buy a featured listing to promote the auction!” you say. Getting smarter, but not smart enough.

Now there is a PayPal transaction with the title “Example.tld featured listing for 7 days.” PayPal then implements a new system that flags transactions to/from file sharing sites. Only the list is out of date and Example.tld is still on it even though it expired months ago and hasn’t been used in that capacity since. Now PayPal thinks we’re involved with that file sharing site and taking payments on its behalf.

PayPal maintains blocklists of domains that set off alarm bells. To what extent it investigates the transactions before suspending an account is unclear. (PayPal did not respond to a request for comment for this story.) But it’s clear that PayPal uses domain blocklists to flag transactions and decides to suspend accounts before contacting the account owner for clarification. It also freezes funds in suspended accounts for 180 days.

It turns out this isn’t the first time that NameBio has faced a problem due to domains on blocklists. Its Mailchimp account was suspended earlier this year for a similar reason. Domain names it included in its daily emails were on blocklists at Mailchimp.

Mailchimp uses a combination of third party and internally-maintained domain block lists. We use automated systems to check domains against the various lists, and we may automatically suspend an account or flag it for review when we find a match. If an account is flagged by our automated systems, and it’s from a legitimate research organization, news outlet, or another type of account with a valid reason to use or reference that domain name, our Compliance team will work with them to address the issue.

While I’ve never personally run into this issue writing about domains on Domain Name Wire, I take some precautions if I’m worried about how a domain might have been used in the past — or how it will be used in the future. I often add a space between the second level domain and .TLD.

Brian Krebs of Krebs on Security writes about lots of malicious websites. He uses the format secondleveldomain[.]topleveldomain.

The problem with domain blocklists is that a domain’s use and ownership changes. These blocklists can quickly become stale and outdated. If service providers use blocklists to flag “bad” domains, they owe it to their customers to research how it’s being used before suspending an account.

It’s offering free domains, but not if you use the “standard domain squatter holding page”.

Customers can register a domain name for free for up to five years as long as they publish a website using Mailchimp’s website builder. Mailchimp obviously looks at this as an onramp to its paid services.

I read the fine print on the free domain offer to see what the catch was. There’s no catch, other than having to keep a published website on the platform. What caught my attention was how Mailchimp describes the holding/domain parking page for registered domains that have not been attached to a website yet.

“Use of Mailchimp’s standard domain squatter holding page on your domain (which is provided automatically to all domains) shall not suffice for meeting the publish requirement.”

Mailchimp is a Tucows reseller.

Company that started as an email marketing platform is entering a crowded field.

These websites were build with Mailchimp’s new website builder, currently in beta.

Mailchimp is the latest company to get into the website builder game, taking on companies such as GoDaddy (NYSE: GDDY), Wix (NASDAQ: WIX), Squarespace and Weebly.

Now it is introducing its own website builder in beta. It’s free to use, and paid Mailchimp customers can connect a custom domain name to their website. Mailchimp is also reselling domains through Tucows to allow customers to register domains through their Mailchimp account.

Here’s my question: when does Mailchimp rebrand as Chimp and buy Chimp.com?

Here’s a look at the top five posts on DNW in September, ranked by pageviews:

2. Oops: New .Ca commercial has a trademark problem – CIRA launched a clever new ad campaign for .Ca domains, but eagle-eyed attorney John Berryhill noticed that it includes a trademark in one of the domain names.

4. This could be a bad phishing campaign for stealing domains – This clever single sign-on phishing approach could be used to steal domains.

And if you missed any podcasts, check these out:

Mailchimp changed its pricing model earlier this year. Instead of charging based on how many active subscribers an account has, it included unsubscribed users, too.

Existing customers were grandfathered on legacy plans based on active subscriber counts. But now those prices are going up, too.

Customers received a notice today informing them of the price increase. The increase seems to be about 15%-20%.

Depending on how many unsubscribed users you have, this means the legacy plans could cost more than the new ones. For example, my $174 per month account has 15,000 active subscribers. Accounts with the new audience definition pay $159.00 per month for 15,000 audience members.

In other words, even though these accounts are grandfathered in, they are effectively being charged somewhat for unsubscribed users.

Customers can still get a 10% discount for enabling two-factor authentication on their account.