A dispute over IMI.com led to a jury trial with what many would see as an obvious verdict. 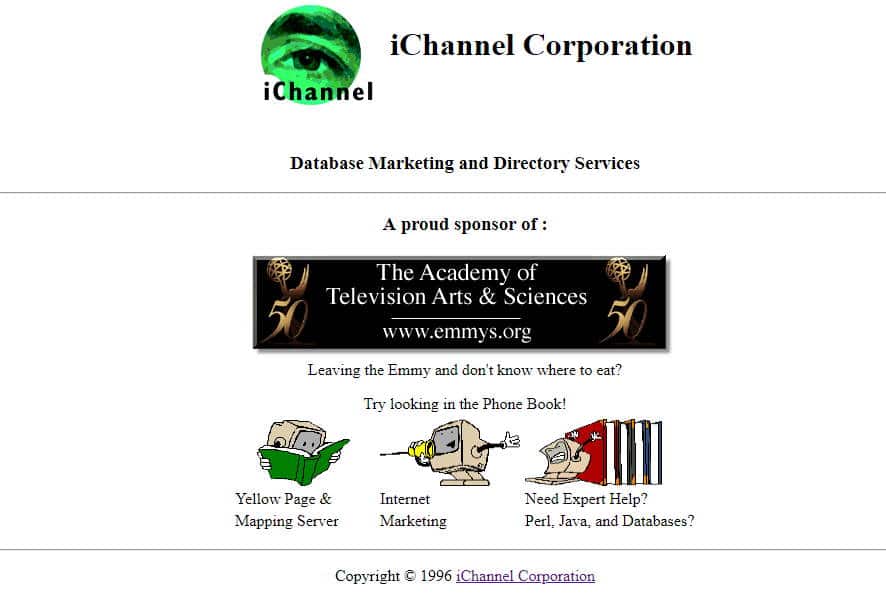 Old school: an image of IMI.com in 1997 from the Wayback Machine. The original registrant has defended the domain name from cybersquatting claims brought by a concrete company.

In 2017, concrete company Irving Materials, Inc. filed a cybersquatting claim under the Uniform Domain Name Dispute Resolution Policy (UDRP) to get the domain name IMI.com. The domain owner didn’t respond, but it was still surprising that Irving won the case given that it was easy to determine the domain owner had rights or legitimate interests in the domain.

Jeffery Black, the owner of IMI.com, subsequently sued Irving to block the transfer of the domain name. The court challenge went all the way to a jury trial, and the jury determined that Black did not violate the AntiCybersquatting Consumer Protection Act (ACPA).

The judge just issued a report affirming the jury’s verdict and outlining what happened in the case. It gives an overview of the story from when Black registered the domain in 1994, to Irving Material’s attempts to get the domain name.

He created a business as IMI that was quite successful. He tried collaborating with Yahoo founder Jerry Yang. Yang wrote an email to Black stating:

To summarize, we are impressed by the resource and talent pool that IMI has pulled together. We share much of the vision that IMI does, and see a good potential fit. Of concern to us is the relative worth of Yahoo, the amount of resources Yahoo will receive from IMI in the short run and long run, the autonomy of Yahoo (both short and long term), and the pace at which things will be accomplished.

Black later took venture capital money for IMI and rolled it into another entity. He sold that company to AltaVista for $25M, but was allowed to keep the IMI.com domain.

IMI.com was not the only great domain Black registered back then. According to the transcript, he also registered “hiking, biking, scuba, tennis, recreation, hotels.com, [and] resorts.com.”

For hotels.com, Black built a booking reservation system complete with maps, and hand coded over 40,000 hotels into the database. Black ultimately sold resorts.com in 1999 for $950,000 and
hotels.com in 2001 for $11 million. He gave many of the other domains away for free. END_OF_DOCUMENT_TOKEN_TO_BE_REPLACED