Domain name investors advocacy group publishes agreement that can be used by domain buyers and sellers.

If I had to guess, I’d assume that very few domain name investors use a contract when they buy or sell a domain. This is because the benefits of using a contract might not be clear, and they’d have to hire an attorney to draw up the agreement.

Internet Commerce Association is breaking down some of these barriers. Today, ICA released an annotated domain name purchase agreement. The organization still advises consulting with an attorney, but this agreement could get domain investors 99% of the way there.

ICA worked with leading domain name attorneys to create the sample agreement. Each section has an explanation, too, which should help you understand if it’s relevant and important to your specific transaction.

Contracts help protect both parties in a transaction. Having universal terms in these contracts (rather than ones drawn up only by the representative of the buyer or seller) could go a long way in improving protections for both buyers and sellers.

The purchase agreement is available to members and non-members of ICA, but non-members can contribute to future work like this by joining for $25 a month.

Previously, the lowest level was $600 per year.

The Basic membership is similar to the $600 level in that it’s only open to individuals, not companies. Compared to the $600 level, the new level does not have the same posting privileges, has lower weight voting in board elections, and gets a bit less recognization in the member directory.

All members must adhere to the Internet Commerce Association Code of Conduct. This includes respecting intellectual property rights, adhering to fraud laws, maintaining accurate Whois information, and not registering domain names with the intent to profit from a recent tragedy.

ICA represents domain name owners in ICANN policy issues, regulations, and other topics of interest to people who buy and sell domains.

There are a lot of people in need right now. They’ve lost their jobs and need money to pay rent or buy groceries.

Many people are more fortunate than others and you can help in many ways.

If you are able to assist financially, Internet Commerce Association (ICA) is currently trying to identify people in need. Domain investors and other people with means can contribute to their needs.

It’s open to anyone–not just the domain name investors that ICA represents. People just need to tweet their need with the hashtag #domainassist and the domain name community (and others) will do what they can to help.

ICA recognizes that many have lost jobs and are finding it difficult to pay their bills. If you’re really struggling, reply to our thread with #DomainAssist and preferred way to receive payment. Following the example of @rgay and others, some of our members would like to help

Internet Commerce Association is asking domain overseer ICANN to block the sale of the .Org registry to Ethos Capital.

It sent a damning letter (pdf) to ICANN today that states what many observers are thinking. In part:

Surely you can now appreciate the terrible blunder that you have made. Crucial policy decisions that have billion-dollar ramifications and which affect the stability of the Internet must be the subject of robust Board involvement and not left to ICANN staff.

Section 7.5 of the registry agreement between Public Interest Registry and ICANN states:

Except as set forth in this Section 7.5, neither party may assign any of its rights and obligations under this Agreement without the prior written approval of the other party, which approval will not be unreasonably withheld.

The question now is: would it be reasonable for ICANN to withold approval of the transfer of the .org registry agreement?

ICANN has a history of wimping out in fights. But given the blowback it is getting and will get for many years from this deal, it might be one of those times it steps up.

If your miscalculation of awarding a perpetual, no-bid agreement – lacking any price caps whatsoever – was premised on the registry remaining in the hands of an organization serving the public interest, the pending sale to a private equity firm should cause you to reconsider your approach. Fortunately the purported sale of the .Org registry affords you an opportunity to withhold approval, terminate the Registry Agreement in respect of any consummated transaction, and put the contract out for competitive bid.

Where is the ICANN Board when it comes to safeguarding the interests of nonprofit registrants?

For the first time, ICA members can vote for the winner. 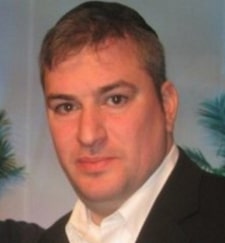 The award honors the late domain investor Lonnie Borck, who passed away three years ago this month.

In the past, the award was given to those who worked to protect the rights of domain name registrants. For 2020, the award has a broader scope for people who have fostered a sense of community within the domain name industry.

Also, unlike in previous years, this year all Internet Commerce Association members can vote on the slate of nine nominees. I’m honored to be on the list.

Voting concludes Friday and the award will be made at NamesCon in Austin next January.