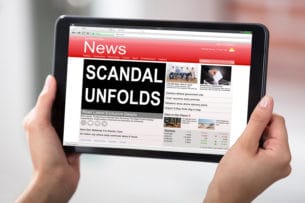 Recently, the domain auction platform NameJet found itself embroiled in a controversy involving “shill” bids. This is by no means the first such scandal to plague our little industry. In fact, at least 4 major auction houses aside from NameJet – and there aren’t many beyond 4 total – have been implicated at one time or another in fishy bidding. Time for a stroll down memory lane!

1. SnapNames – Infamously, SnapNames admitted in 2009 that one of its employees, under the user name “Halvarez”, had been bidding against customers for 4 years. The company’s own analysis indicated that 1 in 20 auctions had been affected, and Halvarez bids contributed 1% of the incremental revenue during that time. Those stats may have been even higher during the first 2 years when Halvarez’s bidding was most concentrated. SnapNames voluntarily paid compensation – with interest. END_OF_DOCUMENT_TOKEN_TO_BE_REPLACED

A seller has listed PokeymonGo.com — a typo of the popular game Pokemon Go — on Flippa, claiming it “was receiving thousands of visitors to his website” just minutes after it went live.

He’s trying to quickly flip the domain and site on Flippa. With close to 100 bids, the auction is now over 2,000.

According to the Google Analytics screenshot posted on the auction page, the domain’s traffic isn’t coming from type-ins. This makes it really confusing how the site received thousands of visitors within just a few minutes of putting the site live.

Here’s the Google Analytics screenshot provided with the listing: 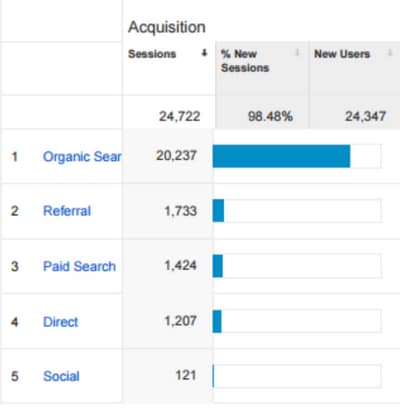 If you type Pokeymon Go in Google, it will correct it to Pokemon Go. However, I was able to get this site to show up first if I searched directly for PokeymonGo.com. Although a lot of people search for entire domain names on Google, I’d expect to see more direct traffic if this is the search term driving visitors to the site.

As Elliot Silver pointed out, Pokemon is a trademark of Nintendo. Although I don’t expect them to go after the thousands of newly registered domains with Pokemon in them, it’s a risk of a site becomes popular.

Learn about the Flippa marketplace and its acquisition of Domain Holdings.

Learn the best way to get started selling domain names on Flippa in this week’s podcast. Kevin Fink, Director of Domains for Flippa, also discusses what the company’s acquisition of domain name brokerage Domain Holdings means for Flippa users, and what Flippa is doing to improve the integrity of its marketplace.

Website and domain name marketplace Flippa has acquired domain name brokerage Domain Holdings for an unspecified price. The combined companies expect to generate $70 million in revenue over the next 12 months.

Domain Holdings, founded in 2010, brokered more than $30 million in domain name sales last year. The company has had lots of turnover on its sales team, especially in the past couple months. It’s not clear if the recent exodus had anything to do with the imminent acquisition.

While Domain Holdings will remain a separate company, it will assist Flippa with outbound sales.

More information about the acquisition is on Flippa’s blog and DNJournal.

Joseph Peterson explores the problem of shill bidding at Flippa. 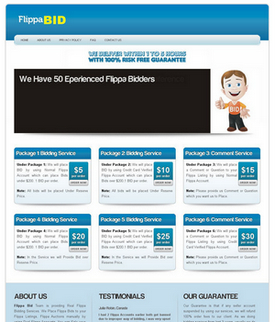 Are you paying more than you should to buy a domain name at auction? That might be the case at some online venues.

Throughout 2014, it was possible to purchase fake bids and endorsements for Flippa auctions from a website explicitly offering shill services for sale in broad daylight. Even those of us familiar with the practice of buddy bidding, perhaps concerned about employee participation in auctions, or who have suspected that more formal shill bidding networks operate behind the scenes should be surprised by just how brazen these folks were … and by how long they have been able to get away with it. END_OF_DOCUMENT_TOKEN_TO_BE_REPLACED