All major metrics for the business continue to decline as forecasted.

On the positive side, the company continues to pay down its heavy debt load.

Endurance is maintaining its full-year guidance based on these results.

The domain name business, which includes BuyDomains, Domain.com and ResellerClub, also had year-over-year and quarter-over-quarter declines. However, its subscriber base continues to tick up this year after losses last year.

The rollup of hosting, domain and email marketing companies was hard hit in the web presence business. Its hosting companies, which include BlueHost and HostGator, lost 8% of their subscriber base over the past year. Revenue dropped from $164.0 million in Q1 2017 to $155.0 million in Q1 2018. Numbers were also down quarter-over-quarter.

Endurance has traditionally paid very large affiliate referral fees to keep its hosting business growing. It will be interesting to see if it changes this strategy.

While year-over-year email marketing revenue was up, it was down in Q1 compared to Q4 2017. Subscriber numbers also fell year-over-year, so the revenue bump came from higher revenue per subscriber.

With all of its brands combined, Endurance is the third largest domain name registrar with about 12 million domains registered.

A look at how registrars fared in the most recent public report. 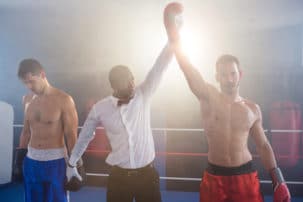 ICANN published the latest official .com transactions report from Verisign, which includes data by registrar for June 2017. There was no change to the order of the top registrars for new registrations but there were some changes in domain transfers, including a registrar from Czech Republic making an appearance.

Here are the top registrars in terms of new .com registrations for June. There were no changes in the top five order from the prior month.

When it comes to net inbound transfers for registrars open to the public (transfer gains minus transfer losses), Subreg.cz popped up on the list. This is probably a one-time blip.

On the flip side, these five registrars saw the biggest net outflow of .com domain names due to transfers:

HebeiDomains appears to be a reseller platform.

Here are photos from Domain.com’s party in Austin Saturday night and the .CO HQ.

Domain.com threw a party in conjunction with Public Interest Registry (PIR) Saturday night in Austin at the SXSW festival.

A steady cold rain didn’t keep people away. In fact, it may have drawn them to the relative comfort and warmth of dancing in a tent.

For the second year in a row the party featured 80s cover band The Spazmatics. Drinks included “The Domain Fire” and the “Refresh-ORG”. 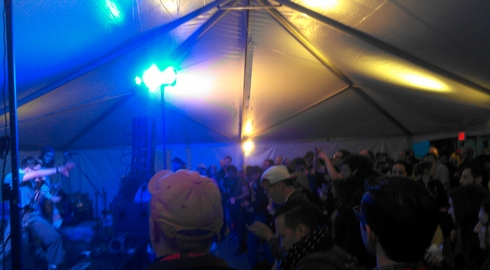 On the other side of downtown, .CO had a continuously packed house at its pop-up HQ in a storefront attached to the W Hotel. The .CO HQ was open from Friday through Sunday and featured visits by John Battelle, Gary Vaynerchuk, and .co users Backplane and DJ Skee.

Here are some pictures from the .CO HQ: 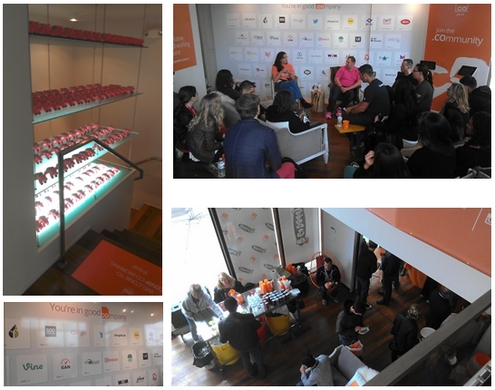 SXSW 2013 attracted a handful of domain companies, and I expect more next year. 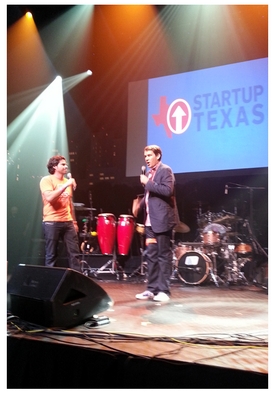 The Interactive portion drew over 30,000 official attendees. Add in the “shadow” (i.e. unpaid) attendance, and it probably topped 40,000 people.

It’s a ripe audience for domain companies since just about everyone in attendance has registered a domain at some point — and certainly will register more domains in the future.

That’s why domain companies have taken an interest in the show. It gives them a chance to interact with end users that register domains for their businesses.

.Co has been at the conference for three years running, and each year it has a bigger presence than the last. This year it offered VIP perks to over 70 startups that use .co for their domain.

Domain.com pulled out the stops this year as well. It sponsored a party and had a booth at the tradeshow.

.Org and .me also had booths at the tradeshow, which is open not just to Interactive attendees, but also Film and Music.

The Domain.com booth with its Twitter powered candy machine.

Based on the brief conversation I had with one of the exhibiting companies, the Film and Music attendees are just as much a prospect as the Interactive ones.

Which leads me to this prediction: next year there will be a lot more domain companies at the conference because this is a great event at which to pitch “new” top level domains.

Will we see .music here next year? Although it’s truly the perfect conference to market .music, I doubt that one is resolved by this time next year. But I’d be surprised if Demand Media — which has offices in Austin — doesn’t show up in 2014. SXSW just screams out for .ninja domains. It also makes sense for many of the other TLD hopefuls that want to make a big name for themselves.

All of which leads me to believe that you won’t be able to turn the corner at SXSW 2014 without bumping into a domain company.