NamesCon.online will have an auction for everyone next week.

Next week’s NamesCon.online event will feature three auctions, and pre-bidding is now open for the big RightOfTheDot Auction.

On Wednesday, September 22, get ready for the RapidFire live domain auction. Born on Clubhouse, this auction will feature names with no or low reserves.

The next day, Monte Cahn and RightOfTheDot will hold an auction. It will be conducted live from a studio with auctioneer Wayne Wheat and include 75-100 names. The company will follow up with an online auction for domains that didn’t meet reserves and other domains not included in the live auction. Pre-bidding is currently open for the auction.

Then on Friday, there will be an auction of Handshake domain names. This follows three days of programming in a Handshake track so people can learn more about these blockchain domains.

You can learn more about these auctions and what else to expect at the event in my interview with Soeren von Varchmin last week.

Many domain investors will pay more for expired domains than ones owned by other investors.

Over the past few days, there’s been a lot of conversation on Twitter about expired domain auctions.

I believe it started with Josh Reason asking GoDaddy to allow private sellers to include their domains in the GoDaddy expired auction stream. He proposed running them like the other auctions (no reserve) but labeling them as private party on the auction page.

The closest comparison is NameJet, which lets private sellers on its platform. I think a lot of buyers are frustrated with reserve domains on NameJet, but Josh thinks as long as the domains have no reserve people don’t care if it’s an expired auction or private party seller:

I get it, but disagree.

If you have a platform of ONLY no reserve auctions that include expired and owner listed, I’m sure that people wouldn’t favor one over the other.

I disagree and I know that others do, too. There are a couple of reasons that I’d prefer to buy an expiring domain than one that another domainer is trying to sell through the platform.

First, I think there’s less chance the domain has been shopped around in recent years. Less chance it’s on Sedo or Afternic. I’ve sold expired domains within weeks of buying them when someone who was watching the domain but didn’t know how expired domains work reached out. And if you add it to Afternic for the first time, some registrar partners will email customers with similar domains and let them know the domain is available.

Second, there’s at least some psychological feeling that if another domain investor is dumping a domain, perhaps it isn’t that good.

The other challenge I see to private party listings is shill bidding. It adds incentives for people to bid up domains. This is a problem NameJet recently had.

The fact that people want to get their domains in the expired auction streams at GoDaddy and NameJet says a lot. These domains tend to sell for good amounts. More than the domains would sell for if they weren’t expiring.

An interesting middle ground would be to have a separate auction stream of no reserve, private-party listings. The lists would be provided to services like ExpiredDomains.net so people could analyze them. Having a separate stream allows investors to apply whatever premium they want to domains that are expired. 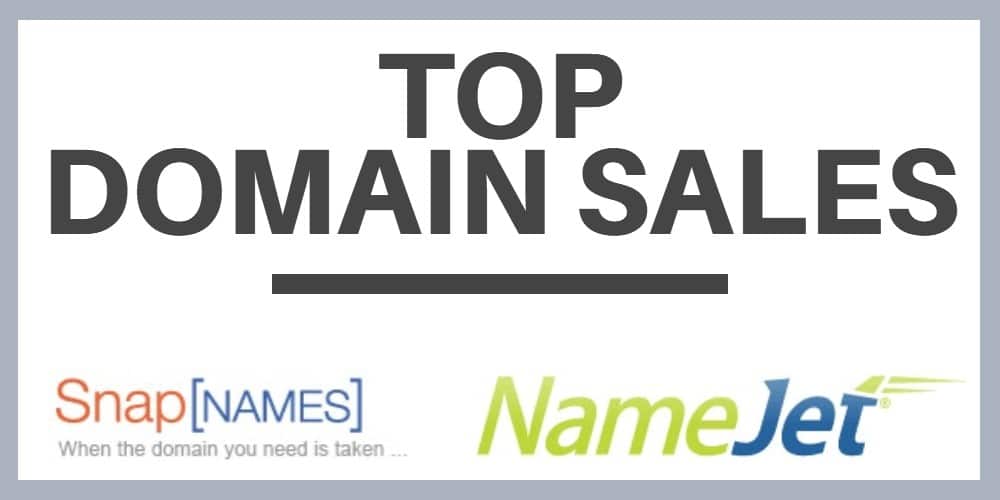 SnapNames led the way with the sale of 9j.com for $60,400. But here are the domains that jump out at me:

Auctions on SnapNames and Sedo conclude later this week.

On Thursday, .NYC’s tech-themed auction ends on SnapNames. None of the 26 domains in the auction have bids yet, but I expect lots of activity to take place this week. The last time .NYC held an auction on SnapNames there were no bids over $600 the morning of auction day but two domain names ended up selling for over $30,000. The auction includes Apps.nyc, Dev.nyc and VC.nyc.

Then on early Friday morning U.S. time Sedo’s GreatDomains auction concludes. Two names have met their reserves already with YMB.com leading the way at $20,500. There are 105 domains in the auction.

Greg Ricks is betting a valuable domain on getting attention for his own auctions.

Domain name investor Greg Ricks has added auctions to his Perfect Name site, and he’s putting up a 3 letter .com domain name at no reserve to draw attention to it.

DXC.com is currently in an auction on Perfect Name with a starting bid of $10.

Ricks has already sold the domain name 447.net for $5,150 on the platform. Now he’s upping the game.

I asked Ricks why he’s using his own auction platform rather than one of the existing ones that have lots of registered bidders.

Ricks said he’s sold “a few million dollars” of domain names on 4.cn and likes that platform, but other platforms charge too much. He’s not willing to pay 15% to a service. Perfect Name isn’t open to third-party sellers right now. But if it ever is, Ricks says he certainly won’t charge 15%.

He also likes how holding auctions on his site gives him leads:

Anytime you use someone else’s platform, the customers are not your customers. Same goes for potential customers. You find out who the winning bidder was but you get no information on the 20 bidders that did not win.

Of course, it helps to have a huge inventory of valuable domain names to draw attention to your auctions. Ricks has over 300 three letter domain names in his coffers.