Directi Group (see disclosure) announced today that is has applied for 31 top level domain names through its new company Radix. I believe this makes it one of the biggest “portfolio” applicants for new TLDs.

The company has committed over $30 million to the new top level domain business.

Today’s internet addresses are uncategorized and say nothing about the website. In addition, it is near impossible to find available names that are short and memorable. Our research shows that over 65% of users are unable to find a name of their choice. We welcome the opportunity to usher in an era where internet addresses distinguish a plumber from a lawyer and domain names with hyphens are a thing of the past.

[Disclosure: I work with Directi’s online advertising businesses including Media.net. I have not been involved in the company’s new top level domain program and just today became aware of the strings the company is applying for.]

Bloomberg dedicates a half hour to telling the Directi story.

The segment features Turakhia and how he started Directi in his teens. The company went on to build some recognizable brands in the domain space, from registrar accreditation consulting company Logic Boxes to domain parking business Skenzo, not to mention one of the ten biggest domain name registrars in the world.

Directi now employees about 600 people, and Turakhia shares one of his biggest challenges scaling the business: people. That’s why his company (and he personally) spends so much time on human resources.

The video gives an inside look at Directi and Turakhia, including the many toys he plays with when he’s not sitting in front of his computer.

Rather than tell you about it, just hit play: 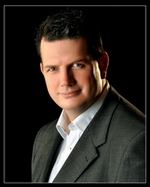 Every once in a while you see a new product hit the domain name market that you really want to see succeed. DomainAdvertising.com from Directi is one of those.

DomainAdvertising.com has the potential to bring more advertising dollars to the domain traffic market. It is the first service I know of that will evangelize the value of domain traffic to advertisers. We all know that we can’t count on Google and Yahoo to do that.

The company offers a high touch service for advertisers to help them maximize the value they can get from the domain channel. That includes buying parked domain clicks from existing networks and directly from domain owners, leasing domain traffic, and buying domain redirects.

So what does that mean for domainers? I asked Alap Ghosh, VP – Strategy and Business Development, to break it down:

We’re a traffic monetization program for domain owners. They will park their domains with us and we will then use our advertising network relationships to maximize the revenue earned on traffic from the domains. The traffic will be sold in different inventory models and using different media formats, optimized for the traffic that we receive. We will also selectively bring services like domain leasing and domain brokering among others. Our focus is to directly evangelize the domain medium to advertisers and help them buy traffic. We believe that of all the online advertising mediums available today, domains bring the best return on ad investments. Advertisers, in turn, have given us a great response and we already have over 120 networks joined up.

Ad.com owner Marcos Guillen has filed a lawsuit against Directi and Skenzo for backing out of its auction purchase of Ad.com.

The sale caught mainstream attention when Skenzo bought the domain at Moniker’s TRAFFIC auction in Silicon Valley this past April for $1.4M. But immediately after the sale, issues started popping up.

The exact circumstances leading to the failed purchase are not clear, although they are apparently related to intellectual property rights. (Directi and Skenzo founder Divyank Turakhia has not yet responded to a request for comment. We’ll update this story when/if he comments.) The USPTO trademark database shows six pending trademarks for Ad.com. One of the trademarks was filed by an AOL company. The other five were filed by a company called AD.COM INTERACTIVE MEDIA, INC. The latter filed its trademarks after the landmark purchase and is claiming a first use in commerce date of 1993. [Update: to reiterate, none of the 6 trademarks have been approved. AOL’s application is for how it used Ad.com for its Advertising.com site. They submitted this specimen when filing. On August 14 the trademark examiner sent a non-final office action that the mark had not acquired distinctiveness. Given recent trademark cases such as Hotels.com, it’s doubtful that AOL’s application will be approved. Also, Ad.com has been offered for sale at previous Moniker auctions. AOL didn’t file for the trademark until after Ad.com was advertised for sale.]

Guillen filed the lawsuit in Los Angeles Superior Court for Breach of Contract. He is seeking $1.4M, prejudgment interest, and/or damages according to proof.

The lawsuit is unfortunate for all parties involved, including auction organizer Moniker and the domain industry as a whole. The sale made up the bulk of Moniker’s revenue from the auction including a fat $210,000 commission. The next highest sale was BottledWater.com at $45,000.