One applicant for .cars has good questions about how exactly it can resolve its contention set. 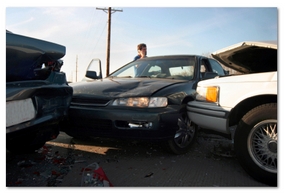 DERcars, an applicant for the .cars top level domain name, has filed a reconsideration request (pdf) with ICANN’s board after Google won a string confusion objection against the company’s .cars application.

I wrote about the .cars case a few weeks ago, and said that ICANN would be forced to act in the wake of the string confusion objection. As one reader pointed out, it won’t necessarily be forced to act. ICANN may be able to play a wait-and-see game, but the .cars situation is certainly sticky. Here’s why.

Google applied for .car, while DERcars, Donuts, and Uniregistry applied for .cars. Google subsequently filed string confusion objections against each of the .cars applications.

It lost the cases against Donuts and Uniregistry, but had good luck of the draw with the panelist for the DERcars objection and succeeded in that objection.

But how will that work? Several applicants and industry participants I’ve corresponded with have different opinions on how it could be resolved. As DERcars points out in its reconsideration request, it would seem that DERcars might be forced to compete in two separate contention set auctions.

It casts a lot of uncertainty on all .car/.cars applicants.

Should Donuts and Uniregistry work out their contention set now, with the possibility that the winner between the two would then have to resolve the contention set with DERcars if it forces Google to pull out?

How would an auction of last resort work? Would one go before the other? Which one? If DERcars wins an auction against Google, would it then have to participate in another auction with Donuts and Uniregistry? Would there instead by some sort of simultaneous auction?

It’s rather complicated. ICANN hasn’t spelled out the details of its auction process yet, but after making some inquiries I don’t believe the full ramifications of this exact scenario were previously considered.

Perhaps the problem will be simplified. Maybe DERcars decides it can’t compete against Google. Perhaps Donuts and Uniregistry hold a private auction with part of the proceeds going to pay DERcars to exit the race.

Maybe “wait and see” will be the best way for ICANN to handle this. If it gets resolved on its own, designing the auction will be easier. But right now it’s rather messy.