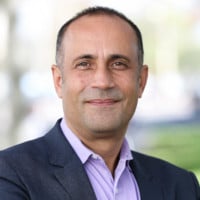 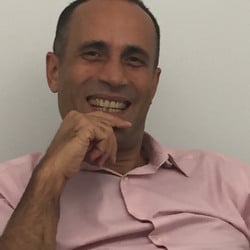 Developers at domain name registrars will be working overtime this fall.

ICANN announced today that its Board of Directors has approved the 2013 Registrar Accreditation Agreement.

It’s the conclusion of a long and contentious process that has resulted in arguably the most sweeping changes ever in the contract that governs the relationship between ICANN and domain name registrars.

I’ve written previously about the impact this will have on domain registrants.

Yet domain registrars will also face substantial burdens, and this will particularly affect smaller registrars with limited resources. Due to the new RAA and other changes in the domain name market, the next six-to-twelve months will be some of the most demanding (and potentially rewarding) domain registrars have ever experienced.

Registrars will have to integrate or create a number of systems and practices under the terms of the 2013 RAA.

Some of the demands on registrars include a phone or email verification system for registrant details, cross field validation, more data retention, additional compliance rules/timelines and changes to whois proxy services.

Michele Neylon, chair of the Registrars Stakeholder Group and CEO of domain registrar Blacknight, told Domain Name Wire that email/phone verification is small potatoes compared to the rest of the requirements.

“The cross field verification is easy in some countries, but harder in others,” he said. “This and other things related to data retention are going to cause headaches.”

Neylon also pointed out that requirements in the new RAA aren’t all that registrars are grappling with these days.

There are preparations for new top level domains and the trademark clearinghouse integration, as well as policy changes related to expiring domains and domain transfers. Add that to a push for DNSSEC and IPV6, and domain registrars’ IT teams have a lot on their plates.

A rush to sign on — or be left behind

With all of these new requirements, why would any registrar rush to sign the new RAA? There’s a bit of a carrot or a stick, depending on how you look at it.

The main reason is that adoption of the 2013 RAA is necessary in order to sell new top level domains.

A bit further down the road, ICANN also isn’t renewing the 2009 RAA. If a registrar signed a five year agreement in 2009, time is quickly running out.

Furthermore, proposed new registry agreements for .biz, .info, and .org will soon permit registrars to sell these domains only if they’ve signed the new RAA.

I reached out to three of the top ten registrars today to find out when they plan to sign the RAA. They all either didn’t know or had no comment.

James Bladel, Senior Director of ICANN Policy & Planning for GoDaddy, said “The new 2013 RAA represents a milestone achievement for our industry, thanks to almost two years of work on the part of Registrar Negotiators and ICANN Staff. But finalizing the language of the agreement was actually the easy part, and now the real work of implementing the new RAA can begin. Registrants and customers should see these changes in the coming months.”

A challenge for the small guys.

GoDaddy, Demand Media, and other big registrars have plenty of development resources to throw at the problem.

The same can’t be said for small and medium-sized registrars, which were physically absent at the negotiating table.

ICANN’s Namazi pointed out that the representatives were elected.

“You could tell there was quite a bit of sensitivity put on the table by these guys [about what would be required],” said Namazi.

Namazi also pointed to the gradual implementation of new requirements under the RAA, including a grace period until January 2014 for many of the provisions.

Getting registrars to implement the changes will be difficult. Even making them aware of what’s in the new RAA will require a lot of work.

ICANN is beginning an outreach to registrars, including an event in China that will be conducted in Chinese. The 2013 RAA is in English, and language is a key barrier to understanding and adoption.

“You can imagine what’s happening with small to medium sized registrars in Latin America and the Asia Pacific, which in some cases might not even speak English,” Blacknight’s Neylon noted. “Most of the communications, events, etc., are conducted in English. If English is not your first language it’s very hard to actively participate within this entire circus.”

ICANN is also working on events to educate registrars in other parts of the world.

It’s kind of a big deal.

With all the noise about the new top level domain program lately, it’s easy to overlook the critical milestone that the 2013 RAA is for ICANN. It’s a culmination of a multi-year effort involving governments, law enforcement, intellectual property interests, and domain registrars.

But as GoDaddy’s Bladel noted, the easy work is done. Now the “real work” can begin.