August just started so it’s time to review the last month in the domain name business.

All top stories on DNW had to do with legal questions. In several of them, the company bringing a cybersquatting dispute lost. But Michasel Jackson’s estate finally got KingOfPop.com.

Here are the top five stories ranked by views:

1. Adobe is really annoyed by this Dominican man’s “photo shop” – The company has filed two UDRPs to try to get his photoshop domain names. It lost both times.

3. Stolen domain lawsuit now officially a clusterf*ck – It started as a simple in rem case. It snowballed into something else entirely.

4. Porsche tries to take down escort’s website – It lost the cybersquatting dispute.

#246 – Grow your business with podcasts

Photoshop maker takes another stab at getting his domain names. It fails. 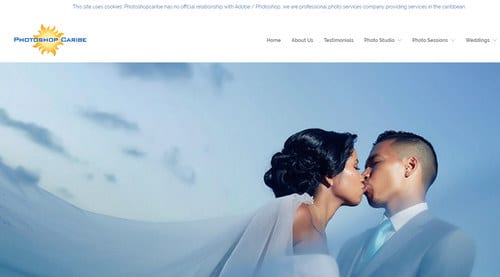 A Dominican Republic photographer has had to defend his domain names twice.

Photoshop publisher Adobe (NASDAQ: ADBE) has tried (and failed) for a second time to take away the domains of a photographer in the Dominican Republic.

The company first filed a cybersquatting claim against Photoshop del Caribe, S.R.L in 2016, claiming that its use of PhotoshopCaribe.com was cybersquatting. The Dominican Republic company successfully defended that case because Adobe didn’t show that the domain was registered in bad faith. Adobe failed to show that its Photoshop mark was well known in the Dominican Republic when the photographer registered the domain in 2006 and chose his company name years before that.

Fast-forward to 2019. Adobe filed another cybersquatting dispute against both the original domain PhotoshopCaribe.com and PhotoshopdelCaribe.com. Since the original case was filed, Adobe has successfully gotten Photoshop del Caribe’s tradename registration in the Dominican Republic canceled.

The owner of the domains said he had no idea about the tradename cancellation until it received the new cybersquatting complaint. It is appealing the cancellation.

The World Intellectual Property Organization declined to hear the case on PhotoshopCaribe.com since Adobe already lost a dispute against the domain in 2016. It did consider if PhotoshopDelCaribe.com is a case of cybersquatting, but decided that Adobe didn’t show it was registered in bad faith.

Panelist Adam Taylor noted that Adobe didn’t remedy its shortcomings from the first case it lost.

Photoshop is powerful software, but it can’t manipulate old cybersquatting cases to make them look like they never existed.