Former ICANN CEO Fadi Chehadé appears to have a connection to the latest big deal in the domain name industry.

Former CEO of ICANN appears to have a connection to the firm that just bought the .Org registry.

This morning, Internet Society announced it is selling Public Interest Registry, the non-profit that runs the .org domain name, to Ethos Capital.

Ethos Capital isn’t exactly a household name. In fact, it appears to have been set up in recent months. It just acquired its domain name EthosCapital.com at the end of last month.

The founder of Ethos Capital is Erik Brooks. He left ABRY Partners this year after spending two decades at the investment firm.

That deal involved Abry Senior Advisor Fadi Chehadé. Chehadé is the former CEO of ICANN, the group that oversees the domain name industry.

Now we have a twenty year veteran of Abry, who worked on the Donuts deal and was (or still is) a member of Donuts’ board, leaving this year to form a new entity that buys a registry, much like how Abry bought Donuts.

And the CEO of Public Interest Registry is Jon Nevett, one of the founders of Donuts.

Things get even connected.

On May 7 this year, Fadi Chehadé appears to have registered EthosCapital.org. He is listed as the owner in Whois. That was just before a Delaware company by the name Ethos Capital, LLC was formed.

I wonder why Abry didn’t invest in PIR? Was Ethos set up as a special entity to invest in PIR, and why? What is Chehadé’s connection?

The other person listed on Ethos Capital’s website is Nora Abusitta- Ouri. She worked for Chehadi at ICANN as SVP, Development and Public Responsibility Programs.

I’ve reached out to Ethos Capital, Chehadé, and Abry Partners about this and will update this story if I hear back. 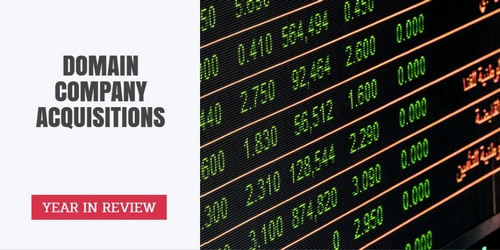 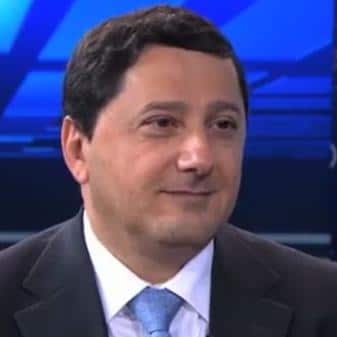 Abry Partners, a private equity firm that has completed $77 billion in transactions since it was founded in 1989, is acquiring new top level domain name company Donuts, Inc. Terms of the deal and the expected closing date were not disclosed.

Donuts has raised more than $150 million from investors since it was founded in 2010 by domain industry veterans Paul Stahura, Jonathon Nevett, Richard Tindal, and Daniel Schindler. Paul Stahura was CEO until the beginning of 2017, when he became executive chairman and Bruce Jaffe took over as CEO. Since then Tindal and Schindler have left the company.

The company was one of the savviest applicants for new top level domain names. It understood early on that contention sets would likely be settled in private auctions, helping it refill its coffers by losing auctions for the new domains. Its scale has enabled it to operate profitably despite only modest demand for new TLD registrations.

The acquisition of the majority of shares in the company does not include an additional cash infusion into the company. The deal will allow some of the early investors to exit an investment they made eight years ago.

It’s not surprising that a private equity company would be interested in a business like Donuts. Donuts is essentially a subscription business with a very predictable annual renewal rate and cash flow.

This story has been edited to add additional information about Abry Partners.