Not the right way to upgrade your domain name.

Etrack LLC, which operates a website at by-fy.com, has been found to have tried to reverse domain name hijack the domain name byfy.com.

It turns out that the domain owner acquired the domain in 2013-2014, which was still well before Etrack’s trademark rights.

Etrack LLC inquired about buying the domain before filing the UDRP but ultimately passed on the domain owner’s asking price. This is a classic “Plan B” reverse domain name hijacking.

Enom, a domain name registrar owned by Tucows (NASDAQ: TCX), has apologized for a botched data center migration and a DNS provisioning bug that took down websites over the weekend.

The issue began on Saturday during a planned data center migration. Enom told customers several times that there would be a 12-hour block when they wouldn’t be able to register, transfer, or make contact updates to domains, or provision new mailboxes or SSL certificates.

Challenges in transferring the database led to a longer transition.

Worse, a bug in Enom’s new DNS provisioning system resulted in incomplete DNS records for up to 350,000 domains. This took many websites and email addresses offline.

Enom is a reseller registrar, which means many of the end users experiencing problems had to complain to their reseller, who, in turn, had to blame Enom.

Tucows has been working on combining the Enom and OpenSRS reseller platforms since it acquired Enom in 2017. It was an old, cranky platform by the time it was acquired. You could argue OpenSRS isn’t exactly modern, either. A spokesperson for Tucows said the data center migration was not part of consolidating Enom with OpenSRS. 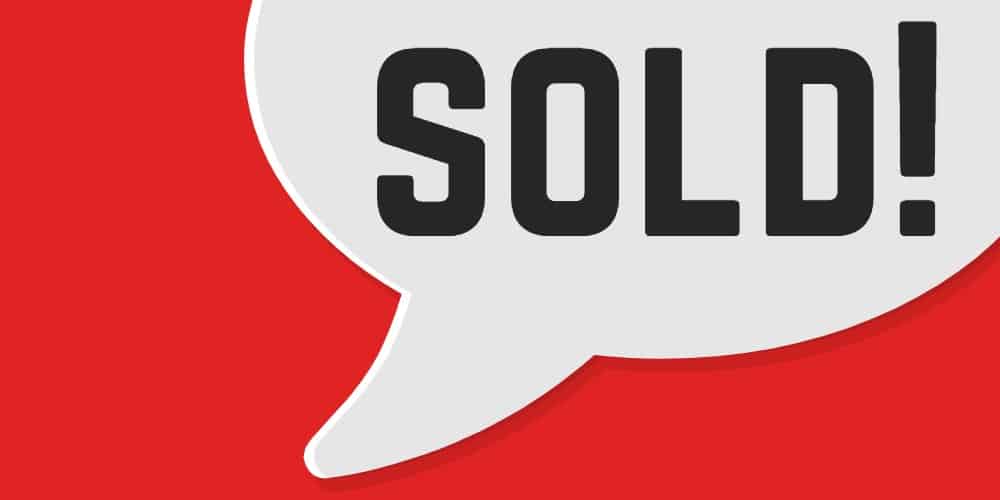 Newfold Digital reported its domain sales for December this week. The report does not include sales from the Thought Convergence auction.

Here are some notable sales:

VIPs.com $83,500- This auction concluded during the Thought Convergence auctions, and likely benefited from the added exposure.

Power.org $26,000 – NameJet/SnapNames have only sold four .org domains for more than this in the past three years.

GoToCollege.com $3,275 – What a powerful action domain.

Here’s the full list of sales of $2,000 or more, excluding Thought Convergence domains.

Canvas will have to switch domain names by tomorrow.

Not the actual judge.

Perhaps you can forgive United States District Judge Dale A. Kimball for not understanding what goes into changing a web platform’s domain name. But the engineers at Canvas’ headquarters probably won’t.

Today, Kimball denied (pdf) a request by Canvas to stay an injunction he approved against the company. The denial means that Canvas has to rebrand its company and change domain names by 15 days after he made the injunction — tomorrow.

Kimball thinks it’s no big deal. If it ends up winning the case, it will just be a “temporary rebrand.”

He notes that Canvas already rebranded last year from Jumpstart and changed its domain from Jumpstart.me to Canvas.com. Sure, it took six months, but how hard can it be just to flip the switch back?

In addition, Canvas Tech has rebranded before – when it changed from Jumpstart to Canvas. Although that initial rebrand took six months, it is unlikely to take Canvas Tech that
long again. Canvas Tech’s mission and services this time will, presumedly, stay the same. All that must change is the branding itself. Since Canvas Tech still owns and retains the website and infrastructure for Jumpstart, the court is unconvinced that Canvas Tech will need much time at all to temporarily rebrand.

Let’s look at that last sentence again: Canvas Tech can also announce the new rebrand through a post on its platform.

Oh, you mean the platform hosted at Canvas.com?

Hopefully, the judge won’t split hairs over using Canvas.com. At a minimum, the business needs to be able to redirect it to another domain and forward emails destined for the @canvas.com email addresses. Otherwise, its business will be irreparably harmed (if you believe that changing domains tomorrow won’t irreparably harm the company.)

I’m not a judge or a lawyer. Perhaps Instructure, the company that filed the dispute, has a good case. It seemed marginal to me, but maybe the evidence will show otherwise. Still, it baffles me that a judge would unilaterally force a company to stop using its domain within 15 days in these circumstances. When we look at UDPR, we complain that the panelists can only choose to approve or deny a transfer. There’s nothing in between, like requiring a domain owner to put a note on a page that says the companies are not affiliated as a stopgap during a dispute like this.

The owner of Edibles.com is turning the table on Edible Arrangements.

Now, World Media Group is fighting back with a separate lawsuit.

World Media Group uses edibles.com for an app that provides nutrition information. It has a trademark for edibles for “Computer application software for mobile phones.”

Edible Arrangement’s original lawsuit was transferred from Georgia to New Jersey courts and hasn’t been resolved.

While it may seem that Edible Arrangement’s interest in Edibles.com was to protect its main brand, the timing is suspicious. At the time of the original lawsuit, Founder Tariq Farid was launching a new brand called Incredible Edibles to sell CBD products. In an interview with Forbes, he said the edibles name was becoming popular with marijuana products, and he saw an opportunity.

World Media Group filed its lawsuit yesterday, the same day that a mediation session between the two companies failed to result in an agreement.