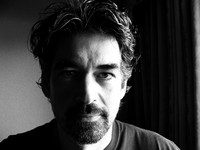 One of my favorite singer-songwriters is Austin resident Slaid Cleaves. This weekend I went online to buy tickets to his CD release party this coming Saturday, and noticed something interesting.

I didn’t know his web address, so I typed in his name but I misspelled it. I couldn’t remember if his name was spelled Slaid or Slade. It forwarded to the correctly spelled SlaidCleaves.com. That’s smart, but it turns out Cleaves and his team are even smarter than that. They registered several misspellings of his name including:

All of these domains forward to his main site at SlaidCleaves.com. He even owns Slaid.com.

It’s rare to see an artist think about domain names beyond registering a domain for a web site. So my hat’s off to Slaid, and my wife and I look forward to hearing you Saturday night. 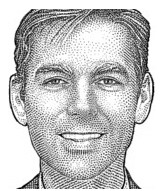 Why did Joiner plunk down five figures for the domain?

“The driver behind the purchase can be summed up in one word: relevance,” said Joiner.

In a rapidly changing industry, Joiner knows that some things won’t change. CEOJobs.com won’t become irrelevant. “In ten years we’ll have CEOs and we’ll have jobs,” he said. “I bought an opportunity more than a domain name.”

Joiner knows the value of good domain names. A few years ago he bought the domain name MarketingHeadhunter.com and has seen the benefits of a good domain first-hand.

“People call me ‘the marketing headhunter’ because I bought the domain name,” said Joiner. “If you go to marketingheadhunter.com, under my picture you’ll see ‘click here to download my vcard’. My vcard has been downloaded nearly 19,000 times since 2005.”

“Recruiting is about two things: trust and credibility,” he said. “The right domain, in addition to being incredibly SEO friendly, can become a powerfully clutter-busting brand in and of itself. In my case, such a brand will help me attract higher quality, genuinely motivated candidates — and it will give me a powerful advantage with my clients in terms of my credibility.”

Joiner doesn’t yet know exactly how he will use CEOjobs.com. He may create a job board or social network application. Either way, he’s sure he made the right move and paid a fair price.

“I couldn’t worry about whether I was overpaying for it,” said Joiner. “I had to concentrate on what the domain is worth to me. In the words of Warren Buffet, ‘price is what you pay and value is what you get. When it comes to acquisitions, it’s better to be vaguely right than precisely wrong’.”

A few years ago I wrote about an oral surgeon in Austin with a great domain name – Jawpain.com. Last week I used Google to find an allergist in Austin, and was impressed with the domain names these local doctors were using.

There were also some domain names that I didn’t like. Austin Allergy Associates uses both AustinAllergyAssoc.com and AustinAllergyAssociates.com. Both are long, but I give them credit for thinking to register both an abbreviated version and the long form.

Quick, the whois record for AustinAllergist.com says the domain name is for sale.

ABCsearch CEO explains why his company invested in a category-killer domain name.

On Friday Domain Name Wire reported that ABCsearch had purchased Advertise.com and was rebranding. I asked ABCsearch CEO Daniel Yomtobian why his company made such a bold move. The answer is music to the ears of domain owners who have been preaching the value of a quality, category-killer domain name over the past decade. Yomtobian definitely “gets it”.

Last year while ABCSearch was experiencing explosive growth, I knew that, very soon, the company would have to do something bold to ensure our future success. There were two problems with the ABC brand. First, ABCSearch is a known and trusted business-to-business brand, but is not well known outside of industry circles. Second, our business model did not easily lend itself to implementing the array of advertising initiativesâ€”including an innovative display/banner network, a new SEM bid management platform, and special technology services tailored to local businessâ€”that were ready to roll out. Earlier this year, I decided to acquire a domain name robust enough to reach everyone in the online advertising community.

Our new name, Advertise.com, said it all. Luckily, it had not been developed yet and was available. It did not come cheap though, but in the long run it will pay off. It is the perfect brand name to attract new customers and make them feel comfortable if they had not heard of usâ€”which translates into a much higher customer acquisition rate. This brand allows us to sell any kind of digital media under the sun. It will provide the online advertising community with a valuable new tool to maximize the return on their ad spend. This is a transformational move for us, built on ABCSearch’s established network of publishers and advertising partners. Advertise.com will realize my vision of giving the online advertising community easy-to-use, effective, and affordable ad campaigns all under one roof.

This morning I saw a commercial for Chili’s that satirizes a restaurant with bland food made of cardboard. In the lower corner of the ad is the domain name PJBlands.com. Visiting the domain name you’ll find a mock web site for the cardboard-serving restaurant.

Now if only I agreed with the marketing campaign. My family went out to Chili’s this week for the first time in a couple years. To be sure, the food is anything but bland. But I think I need to go into detox for salt poisoning. I ordered what is admittedly not a healthy dish: four mini boneless chicken wings in buns. But good god did they dress it up. There was probably an ounce of mayo on each one. And bacon bits.