Panel had a laundry list of problems with the company’s case.

Biohacks GmbH filed a cybersquatting dispute against Biohacks.com even though the current registrant acquired the domain years before Biohacks GmbH was formed. It doesn’t help the Complainant’s case that biohack is also a generic term.

The three-person panel gave five reasons for finding that Biohacks GmbH filed its dispute in abuse of the policy:

i) the Complainant, through its counsel, should have appreciated the weakness of its case and the fact that the dictionary term “biohacks” encompassed in the disputed domain name could not be exclusively referable to the Complainant, as claimed in the Complaint without any supporting evidence;

ii) the Complainant knew or should have known that the Respondent was not acting in bad faith, especially considering the disputed domain name was registered long before the Complainant acquired trademark rights for BIOHACKS;

iii) the Complainant should have carried out a minimal due diligence that would have disclosed the fact that the Complainant would not have succeeded in any way under any fair interpretation of the available facts before the filing of the Complaint;

iv) the Complaint was brought only after the Complainant failed to purchase the disputed domain name; and

v) the Complainant has failed to demonstrate its use of the trademark BIOHACKS before or after the registration of the disputed domain name and has not even addressed the bad faith registration requirement. 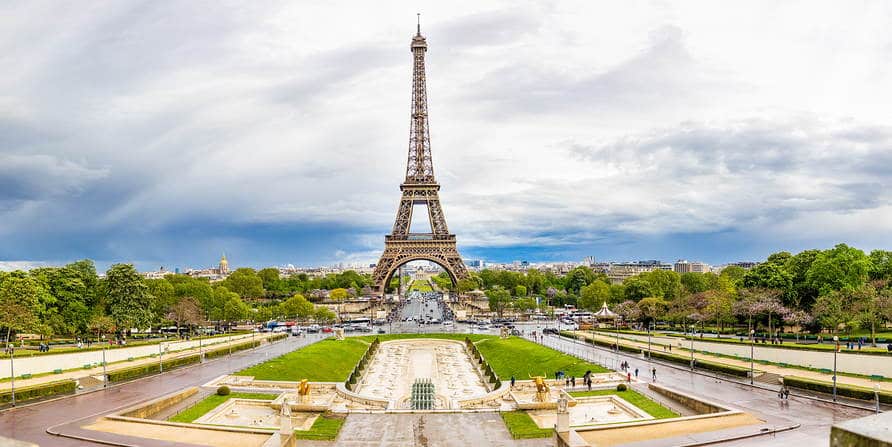 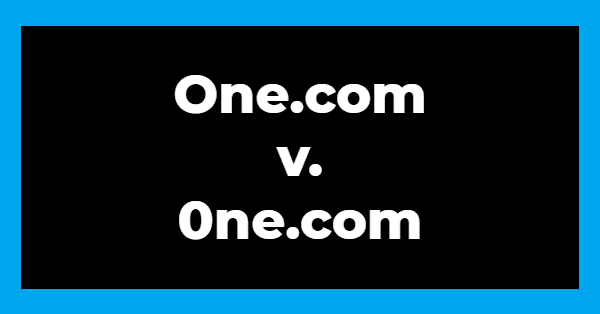 Domain name and hosting company One.com Group AB has lost a UDRP it filed against the domain name 0ne.com, with a zero replacing the o.

A Czech Arbitration Court panelist agreed with One.com that the domain name was confusingly similar to its mark, but found in favor of the Respondent on rights and legitimate interests and registration and use in bad faith.

Panelist Victoria McEvedy noted that using a generic word as a trademark comes with limitations:

No-one can own a number or dictionary word to the exclusion of the rest of the world. They are inherently lacking in the distinctiveness required for trade mark law. Trade marks are badges of origin that enable the public to identify the goods and services of a trader so they can make a repeat purchase safe in the knowledge that the quality should be the same the second time around. An ordinary word or number cannot function in that way for obvious reasons. That is, unless they have what we call “acquired distinctiveness” or secondary meaning so that they are so famous that it is the brand that the relevant public bring to mind and not the dictionary term. That is not really possible with a number or a common word –so that in their original meaning, they remain the property of and available to, all. This forms the basis of the prohibition on descriptive and generic marks which recognises that many traders want to use descriptive terms for their informational values and that no one trader should be able to monopolise them. Those selecting such terms as marks have to tolerate confusion and the Policy reflects this by protecting such as fair or legitimate use. Furthermore, consumers are not easily confused by such terms as they understand they are common ordinary terms, employed by many undertakings, with a low degree of distinctiveness.

…You can pass these two options to your ‘Client’: a. Offer price and buy it out without wasting time and resources for legal battle (and then eventually loosing [sic] it) b. Start a UDRP claim, I’m in no rush and have resources to defend my name, ‘very similar’ is a weak argument and I had experiences in past, so in both cases I’m pretty confident. Either I get a deal, or I get a win under my belt which only adds value to credibility to the name…

Apparently, he was right.

A World Intellectual Property Organization (WIPO) panel has found two Indian companies to have engaged in reverse domain name hijacking. It added some especially harsh words for the Complainants’ attorney.

HSIL Limited, Somany Home Innovation Limited and SHIL Ltd., Brilloca Limited, two related companies, filed the complaint against Get On The Web Limited. They argued that the latter’s ownership of HSIL.com and SHIL.com constituted cybersquatting on their marks.

The panel found that the Complainants failed on all three prongs of the UDRP for the domain name SHIL.com, and on the last two for HSIL.com.

The three-person WIPO panel listed five reasons the complaint was reverse domain name hijacking. Summing up the case, it wrote:

In sum, the Complainant’s professional representative betrays an alarming unfamiliarity with the UDRP and the two decades of precedent under it, to the point of including the Registrar as a respondent merely for performing its non-discretionary function of registering an available domain name.  Such conduct in any court would result in a swift dismissal and appropriate sanctions for wasting the parties’ and the court’s time.  This Panel is limited to a find of abuse, which it readily imposes.

One panelist dissented in a case of a trademark vs. common name.

HugeDomains has successfully defended its domain name Affron.com in a UDRP cybersquatting dispute.

Pharmactive Biotech Products, S.L., a Spanish company that sells a saffron extract under the brand name Affron, filed the dispute against the domain name investment company.

While the Complainant has a trademark for Affron, HugeDomains argued that it’s also a common name and business name to which the Complainant does not have exclusive rights.

HugeDomains acquired the domain name in 2013. The Complainant claims trademark rights dating 2012, although the exact use of its trademark worldwide before 2013 is disputed.

The majority of the panel found that the domain was not registered and used in bad faith and that the Complainant didn’t show that HugeDomains lacked rights or legitimate interests in the domain name.

Panelist Alejandro Touriño, a lawyer in Spain, dissented. I often find that a dissenting panelist in a three-person panel is the only one from the same country as the Complainant.

Touriño mostly relied on Pharmactive Biotech Products’ trademark for Affron in arguing that the domain should be transferred. He wrote, “it is likely that the Respondent knew (or should have known) of the Complainant’s trademark when it registered the domain name.”

Even if HugeDomains did know of the trademark, HugeDomains’ argument is that the trademark for Affron did not give it worldwide exclusive rights to the mark outside of its product category.

The oddest thing about this case is that HugeDomains was asking only $5,195 for the domain. Between the lawyers and the WIPO fees, I suspect the Complainant spent more than that to file its case. And it still doesn’t have the domain to show for it.