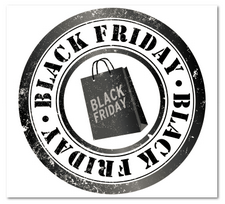 GoDaddy (NYSE: GDDY) acquired .blackfriday and .photo. .Blackfriday has about 1,000 registrations and .photo has 18,000.

.Blackfriday is an interesting one. I believe the original hypothesis was that companies would promote Black Friday sales at dedicated sites, but it doesn’t seem that e-commerce companies had an appetite to create standalone websites for a single day.

.Photo competes with similar domains, including .photos and .photography.

These assignments were effective March 10, which is the same date for the previous Uniregistry transfers to XYZ and Dot Hip Hop LLC, It’s unclear why ICANN didn’t publish these on its website until now.

In another TLD transaction, ICANN approved the transfer of .ruhr from regiodot GmbH & Co. KG to DotSaarland GMBH on March 31. This was a previously announced acquisition by CentralNic.

GoDaddy’s Uniregistry acquisition was for less than $200 million