A harrassment campaign targeted at the owner of a good Twitter handle results in death. 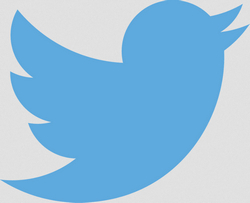 We’ve seen someone held at gunpoint for a domain name. Now there’s a case of a fight over a Twitter handle leading to someone’s death.

A Tennessee man has been sentenced to five years in prison after doxxing a man, which ultimately led to his death from a heart attack.

Shane Sonderman targeted five people in an attempt to get their Twitter handles. When they refused, he started harassment campaigns.

The dead man, Mark Herring, had the @tennessee handle. The Washington Post reports that, according to court filings, Sonderman doxxed Herring in an attempt to get people to harass him so he’d hand over the handle. One of the people that saw his information onine (not Sonderman) engaged in swatting by calling police and telling them there was a murder and bomb threat at Herring’s house.

Emergency responders showed up and, with guns drawn, asked Herring to obey their orders. He apparently died of a heart attack as they did this.

Are Bots Registering Twitter Handles Based on New Domain Registrations?