Many members want Nominet to be boring again. 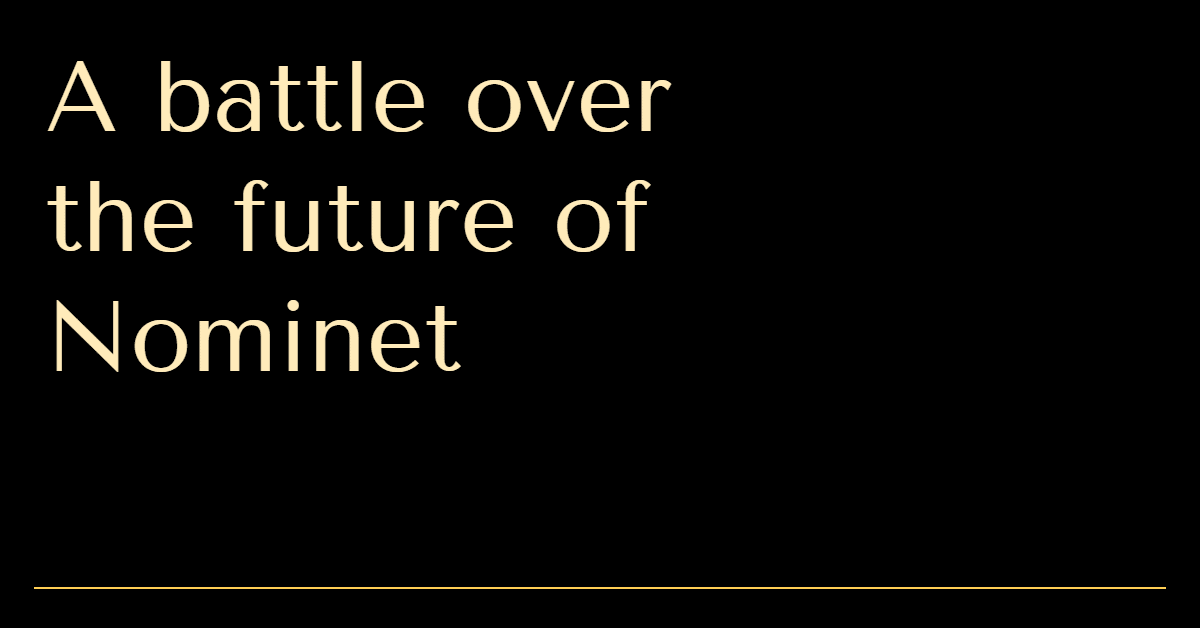 Three years ago, I wrote about ICANN’s budget crisis and what I thought the heart of the matter was. I wrote:

ICANN should be a boring organization but it hired people who want to make a difference.

I visited ICANN’s offices in California in 2008. That was well before ICANN’s finances ballooned. There were fewer than 100 employees back then.

I’d characterize ICANN in 2008 as boring. It was a small organization that was just making sure the domain name system worked.

This, at its core, seems to be what a fight at Nominet that comes to a head next week is about.

An organized group of Nominet members wants to fire five of the 11 Nominet board members and add two directors who will refocus the organization on a somewhat banal task: market and run .UK, keep costs in line, and donate the proceeds to charity.

Nominet is no longer boring

Much like ICANN, .UK registry operator Nominet has expanded its remit over the past decade. It has moved into security, wireless technology, and many more things that have little to do with operating a top level domain.

It hired go-getters who wanted to do more than just operate the top level domain. Don’t take my word for it; in response to the initiative that threatens to fire him, Nominet CEO Russell Haworth wrote:

Talent is attracted to Nominet by the exciting challenges, culture and values of the business. We can grow a business, while having a positive impact on society. This ‘profit with a purpose’ goal – where we aim to increase the connectivity, inclusivity and security of the internet is what drives our people. Our values of ownership, integrity and boldness and a culture that’s challenging, collaborative and fun is how all the parts move together to run a reliable registry and grow a world class DNS cyber business.

If Nominet takes a 10-year step back in time, it immediately becomes a less exciting place to work. Without high technical and business aspirations we will struggle to retain our best people, and with a tarnished reputation we’ll struggle to replace the good people who leave. This means we’ll rely on contractor resource which increases costs and makes it harder to maintain a unified culture.

Much like ICANN, Nominet’s employment rolls have expanded greatly. It went from 126 employees in 2012 to 229 in March of 2020. Clearly, you don’t need that many people just to run a registry. Nominet does a lot more than that now.

Simon Blackler, who runs the hosting company and Nominet member Krystal, has been frustrated with Nominet in the past. But it hasn’t amounted to much.

“When people have challenged the board in the past, they’ve been ignored, belittled, and told that their opinion doesn’t matter,” Blackler told Domain Name Wire. “Nominet has not been afraid to use the law to help them deal with problematic opposition.”

Blackler says that Nominet has previously said any opposition was just a vocal minority of complainers. But he says he’s proven them wrong this time with the groundswell of support he’s garnered for the resolution.

“Now they’re saying the same thing [that it’s just a minority] about us,” he said. “But it’s categorically, demonstratively false.”

Some members have been frustrated in recent years as Nominet has cut off dissension. Blackler pointed to Nominet shutting down a message board and member email list as examples.

While initially downplaying the current initiative, Nominet has responded with a plan to address much of what the resolution supporters demand. The plan and promises haven’t been enough to quell the opposition.

Nominet’s membership has called an Extraordinary General Meeting for March 22, when it will vote on a resolution to remove 5 of the 11 Nominet board members and add two directors who will focus on making Nominet boring again. An organization that operates .UK, is responsive to members, and doesn’t do much else.

Membership at Nominet is somewhat unusual. It costs only £400 to join and £100 per year after that. There are many benefits, but the main one is that members get a significant discount on domains. So any registrar that sells .UK domains, along with some large domain portfolio holders, have an incentive to join.

It’s this membership that will vote on March 22.

The initiative has received a lot of support that might be enough to pass the motion. Voting rights are according to the number of domains the member has under management but are capped at 3% of total votes per entity. Supporters of the initiative say they currently have over 25% of the vote total committed to the initiative.

The vote percentage is then redistributed to the entities show up to the meeting, again capping each entity at 3%.

Here’s the thing: attendance at meetings is very low. Typically, less than 10% of the membership. So 25% might represent more than the 50%+1 required to pass the resolution.

To be sure, Nominet management is working furiously behind the scenes to capture enough support to reject the initiative. But even if it manages to get its largest registrars, GoDaddy and IONOS, to vote against the resolution, their votes are capped at 3% each.

Namecheap is the largest registrar to publicly say it will vote for the resolution. Google has said it won’t vote. Many others have not commented publicly about how they will vote.

It will certainly be an extraordinary vote. Which way it goes might impact how similar organizations respond to opposition and calls for change in the future.