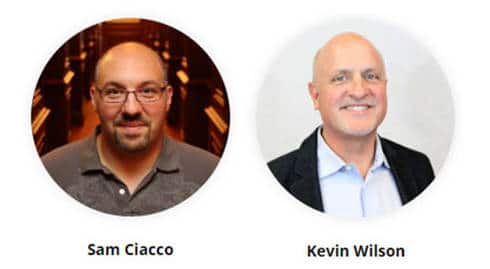 DigitalTown board members Sam Ciacco and Kevin Wilson are trying to steer the company through bankruptcy.

DigitalTown (OTC: DGTW) filed for Chapter 11 bankruptcy in September after failing to come to terms with former CEO and founder Richard Pomije.

The company is relevant to the domain name industry for many reasons:

DigitalTown filed its Plan of Reorganization (pdf) on Monday. It lays out current management’s view of what went wrong at the company. It summarizes:

DigitalTown has never lacked entrepreneurial spirit, but it has lacked a coherent management philosophy and an ability to execute on its ambitious plans. Many ideas were ill-conceived and lacked the necessary resources to effectively develop and promote them. Programs were implemented with little regard or understanding of registration and licensing requirements, such as the CityShare program (and the potential of it being confused with a securities offering); and disregard of fierce and inexorable competition, like the SmartWallet solution (and the associated implications of registering as a money services business).

The Company’s strategy also included the acquisition of various organizations around the world, using cash from the equity raises, and many as all-stock transactions. These companies were not cash flow positive, and most required significant working capital, causing a further drain on the Company’s liquid assets. Further, none were initially well-aligned with the Company’s vision, creating further distractions for all involved.

The reorganization plan explains many challenges the company faced.

Ultimately, DigitalTown convinced all of its major creditors except for Pomije to convert their debt into equity. The holdout pushed the company into bankruptcy.

DigitalTown has a business plan related to local commerce, and it hopes to exit from bankruptcy protection to execute its plan.

All of this begs the question, is a public company shell worth all of this effort? Why not just start a new company to execute the plan?

After all, the plan makes it clear that there’s no value in the company. It states:

The Debtor essentially has only one asset – its proprietary software. The software is outdated and needs to be updated. Ultimately, the Debtor believes that the software has no liquidation value. The costs of updating the software is likely more than the costs of developing a similar software “from scratch” for a third party and would therefore not likely attract any interest in the marketplace.

But then also states:

We will repurpose our portfolio of existing intellectual property. By utilizing existing software code, we can quickly and efficiently go to market with a modest outlay of cash and time.

The reorganization plan provides one hint as to why, beyond being publicly traded, it makes sense to go through this effort: the company has net operating losses that can provide a tax benefit going forward.