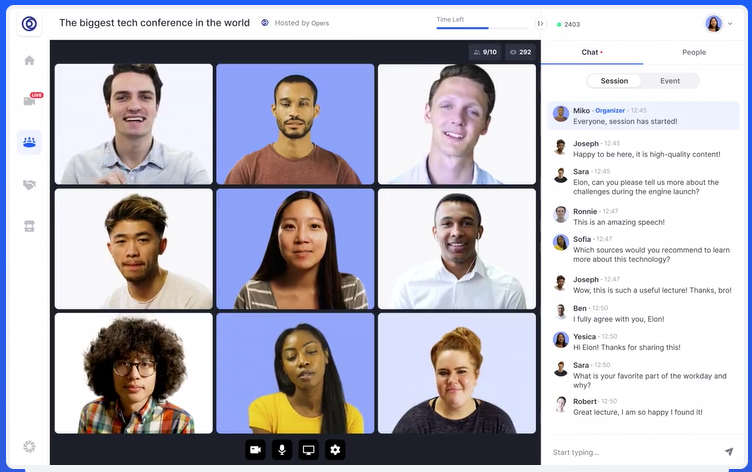 It’s been quite a year for virtual events company Hopin. The company’s platform was suddenly thrust into the spotlight when the pandemic hit and the events industry moved online. It rushed to open up its platform that was in a phased beta.

It also raised a $40 million Series A in June. In addition to spending money to hire employees, the company apparently used some of the cash to acquire the domain Hopin.com.

I discovered this today when I tried to log in to my account at Hopin.to. My password filler didn’t recognize the site I was on, and I discovered it was because Hopin.to now forwards to Hopin.com.

The company was using Hopin.to until a least two weeks ago when my wife held her latest event on the platform.

Hopin acquired Hopin.com from a Greek tour company called Hop in Sightseeing S.A. I believe the acquisition took place in June or later based on a review of historical Whois records at DomainTools.

The timing was probably good for both companies. Hopin has a lot of cash in the bank, and I imagine Covid-19 has decimated the tour company’s business.

I reached out to Hopin to see if it would comment and will update this story if it does.