You call them Chips. The Chinese call them…

In my last article, I gave an overview of Benmi, a site that aggregates domain sales data from Chinese marketplaces.

When you visit the site, you may see the term “Four initial COM domain,” as shown in the image below. So, what is a four-initial domain? 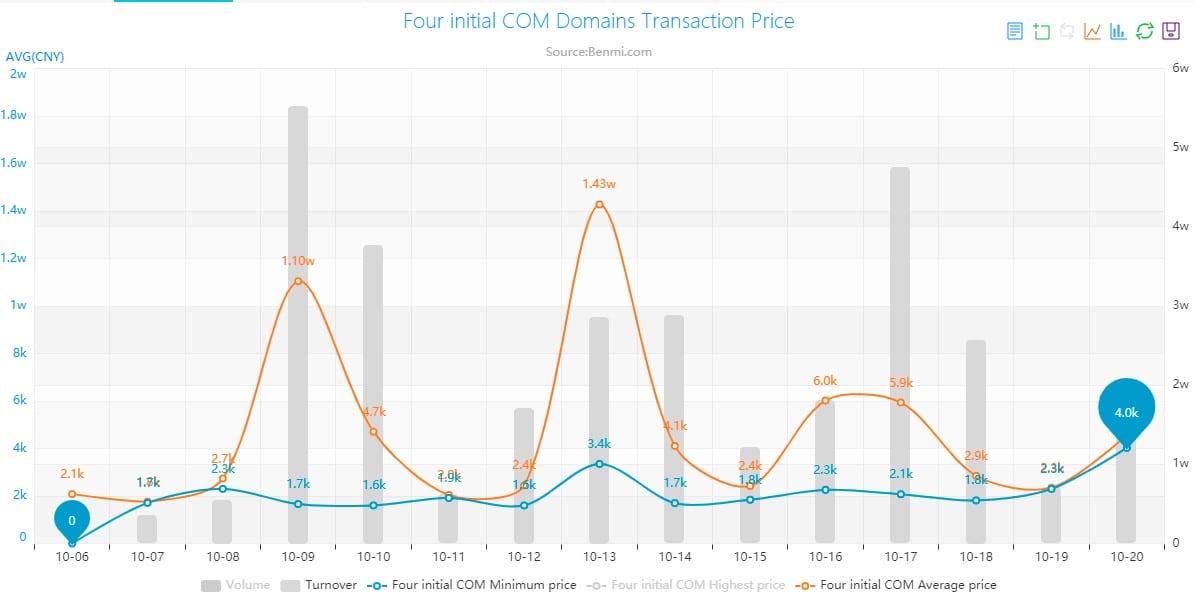 In the west, domain investors are familiar with 4L (four-letter) domains. A 4L domain consists of 4 letters taken from the alphabet a to z. Any of the 26 letters can be used. Some examples are DNWE.com and Epik.com.

In China, there is a subcategory within 4L domains called four-initial domains. For simplicity, I just call them 4i domains. These domains can use only 20 letters among the 26 alphabets; the letters excluded are a, e, i, o, u, v.

Such domains are more commonly known in the west as Chip domains for “Chinese Premium”. (The term “chip” was originally invented to refer to 4L domains only, but later was expanded by some investors to include other types such as three letter and even numeric domains.)

In other words, 4i domains are 4L chip domains. They are used as acronyms for Pinyin words. Aeiouv are generally not favored by Chinese investors because of their limited or even impossible use to represent Pinyin words. See “What is special about Chip domains?” for a more detailed discussion.

So, next time you come across “four-initial domains” in Chinese media, just remember Chip.