Former ICANN CEO is now a co-CEO of the private equity firm that tried to buy .org. 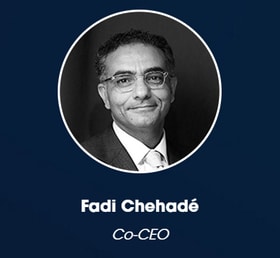 Former ICANN CEO Fadi Chehadé is currently listed as the co-CEO of Ethos Capital on the firm’s website.

Chehadé’s name was nowhere on Ethos’ website when it announced the .org transaction. His involvement quickly became public because of Whois data for one of Ethos Capital’s domain names. The private equity company admitted that Chehadé was an advisor on the deal.

The website change listing Chehadé as co-CEO appears to have happened very recently. The last Wayback Machine capture from June 15 did not show him. Elliot Silver spotted the difference today.

Many industry observers may wonder if Chehadé was pegged to be a co-CEO all along, only omitted from the website to avoid more controversy.

Chehadé’s LinkedIn page still lists him as a partner at Abry, the private equity firm that acquired Donuts. Brooks was formerly with Abry.