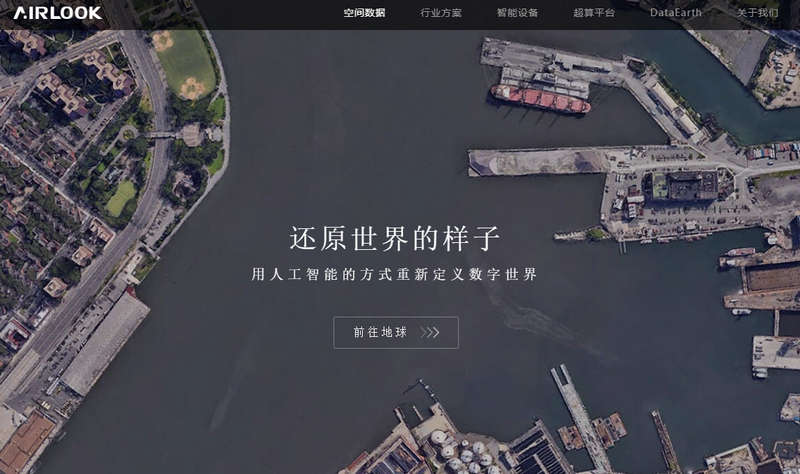 Like many Chinese companies, Airlook chose an English name.

I started using the term “EnglishDotCom” several years ago to describe what I saw in the Chinese domain market. I was really amazed to see startups in China using an English brand on the .com extension for their corporate website. This trend has not stopped, and the startup we’ll look at today is another example.

Airlook is a Beijing-based mapping company. It produces 3D maps to model the real world. Major clients are government agencies, research institutes, and domestic and foreign companies. Its technologies are used in land survey, highway control, city planning, and many other fields. Founded in 2015, the startup has already raised several rounds of funding, with the latest $150 million round completed just a few days ago.

Airlook’s Chinese name is 埃洛克 (Ai Luo Ke), which is a phonetic translation from its English name. In other words, the founders were thinking of an English name for their venture first. Once they settled on the English name, they translated it to Chinese phonetically. See how it is different from the conventional wisdom of thinking of a Chinese name first. The startup’s corporate domain is the brand-matching Airlook.com. It does not own Ailuoke.com (for sale now, though), indicating the emphasis is the English brand.

The EnglishDotCom strategy is very useful for startups aspiring to go global. In the internet age, this also means almost every startup. English is the global language and .com the global extension. The EnglishDotCom domain strategy prepares a startup as a global player from day one, and its founders won’t have to worry about rebranding or acquiring the matching .com domain later when they become big enough to go global.

If you watch the Chinese domain market regularly, you’ll notice a lot of companies following the EnglishDotCom domain strategy — BabyTree.com, VIPkid.com, SenseTime.com, Keep.com, Tencent.com, and many more. The implication is that there is a large market in China for English-based .com domains. Domains based on simple English words can be sold to Chinese buyers.

So, don’t worry if you don’t understand Pinyin. Focus on English and there will still be a lot of fish to catch in your domain game.