Chinese companies sometimes use English-based domains instead of Pinyin. 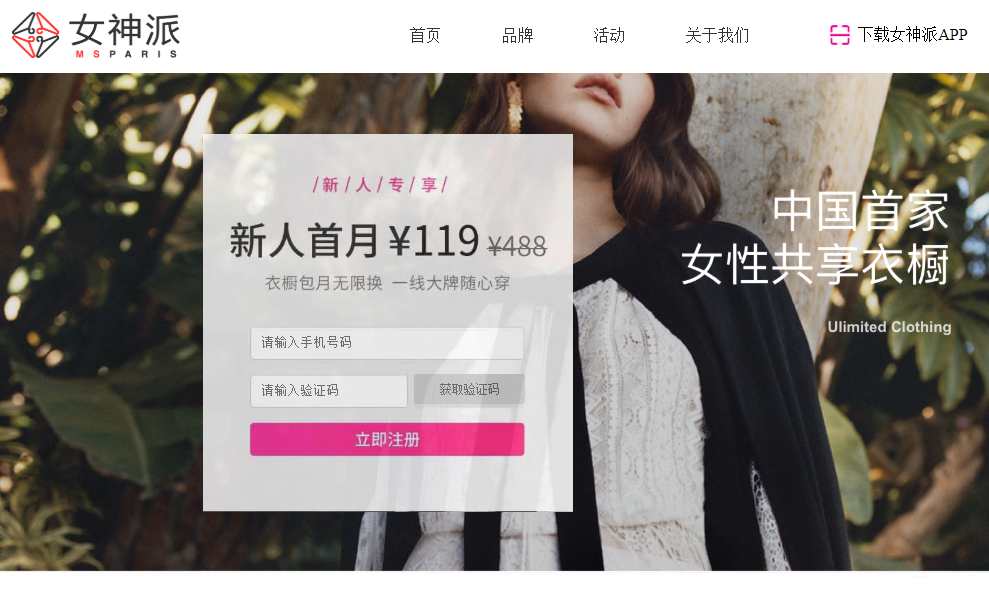 Ms Paris (女神派) is a fashion platform which enables women to rent designer dresses. It was founded in March, 2015 by Ms Paris Xu. Members can go online and select a dress from more than 100 major brands such as Vera Wang, Kate Spade, Hugo Boss, and Valentino, and have it delivered to their door the next day.

The fashion startup received $3 million Series Pre-A funding in January, 2016, followed by Series B in early 2018 and Series B+ at the end of the year. It claims to be the largest womens fashion sharing platform in Asia.

In the name, “Ms” refers to women regardless of whether they are married or not, and “Paris” is the capital of fashion. So, the name is very appropriate for the service the startup provides. (It also happens that the founder is a woman and her English name is “Paris”.)

Its corporate domain is the English brand-matching MsParis.com, which was registered on September 1, 2014. Wayback Machine records indicate its first use on March 16, 2015, displaying contents by the Chinese fashion startup. Therefore, it’s likely the company just invested a mere $10 to secure this important digital address. (Just imagine if you owned this domain when the startup appeared on the horizon.)

Apparently, the company focuses only on the domain for its English brand. No domain matching its Chinese brand Nu Shen Pai (女神派 = goddess group) is found. NSP.com is used by a renewable energy company in China and NuShenPai.com does not resolve. My Baidu search has not uncovered any additional domain used by the company. Related domains such as MsParis.cn, NSP.cn, and NuShenPai.cn do not resolve.

So, the startup uses only one domain: English-based and .com.