This is the first article in an ongoing series by Kassey Lee about the market for domain names in China. 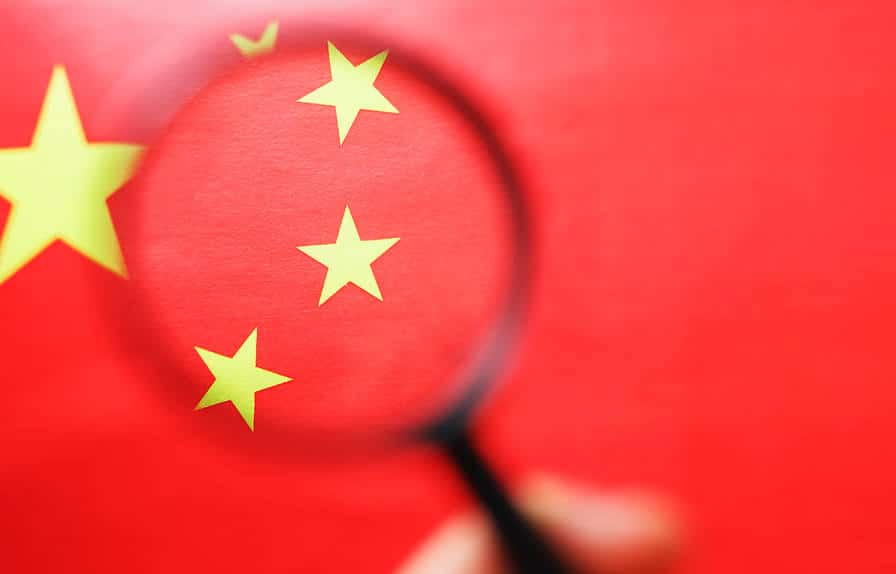 Backed by a massive population of digital consumers, China is positioned to become the largest domain market in the world. In a series of articles, I plan to analyze the Chinese domain market and try to identify opportunities for domain investment. Let’s start by looking at the big picture first. 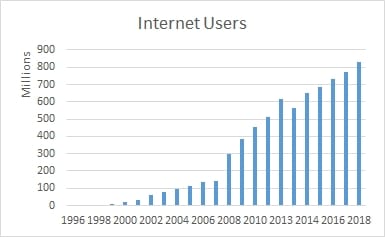 A growing economy drives the formation of more companies. In 2017, there were 92 million companies in China, according to the National Development and Reform Commission (国家发改委). On the other hand, last year Sisy’s World News reported 140 million entrepreneurs in China. With a vibrant VC community and also strong backing from the national government, the number of Chinese companies will rise significantly over the long term.

Every company needs a website, which in turn needs a domain – eventually. However, there are currently only 5.2 million websites in China according to the 43rd Statistical Report on the Internet Development in China published by CNNIC in February this year. Compare the 92 million companies (or the 140 million entrepreneurs) with the 5.2 million websites and you can see there is a massive potential demand for domains in China. 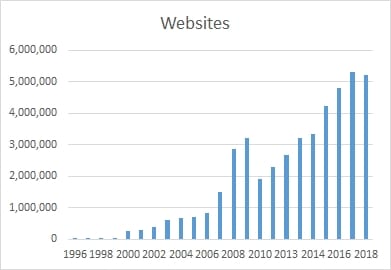 The report also indicates 38 million domains currently registered in China. The market experienced double-digit growth in the early years, but shrunk drastically in 2010 and 2011 when many .cn domains were discarded. (I’ll cover this issue when analyzing the .cn extension.) The market has also shrunk in the last two years, which may be due to a weaker economy and also the China-USA trade dispute. 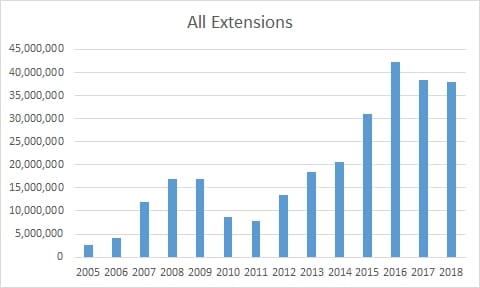 Again, compare the 92 million companies (or the 140 million entrepreneurs) with the 38 million domains and you’ll arrive at the same conclusion about the tremendous opportunity in domains for China. This also suggests that a lot of domains are likely still in the hands of investors waiting to be passed on to end users.

When I look at the big picture by following the line of thinking of digital economy -> companies -> websites -> domains, I must conclude that there are tremendous opportunities in selling domains to China.