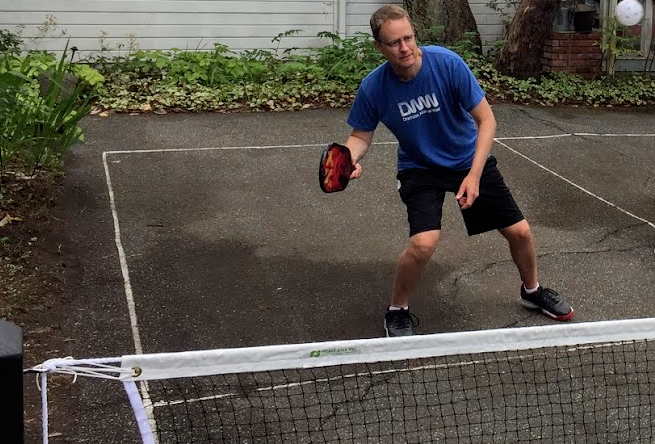 That’s me playing pickleball on Court No. 1, where the game was invented.

An Oregon man has been found to have engaged in reverse domain name hijacking in a dispute over a pickleball domain name.

Trevor Meier filed a dispute with National Arbitration Forum in an effort to get the domain name globalpickleballnetwork.com. The domain is owned by a person in Florida who runs pickleball.global. That person forwards the subject domain to pickleball.global and the headline on that site is “Welcome to Pickleball Global Network”.

Meier appeared to believe that he could get the domain name from the Respondent if he had a trademark for “Global Pickleball Network” even though the Respondent owned the domain before he started his business.

In pickleball, a “kitchen violation” is when you hit the ball out of the air standing too close to the net. The play is dead in favor of the other team when you commit a kitchen violation. It seems like an apt description of this case.