Costs of defending domain name in jury trial add up. 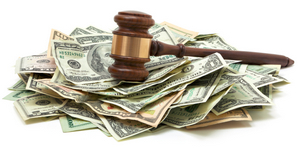 Jeffrey Black successfully defended his domain name IMI.com in court, but it cost a lot of money.

A filing by Black’s attorney reveals that the total billings to date are $480,843.

Black is asking the court (pdf) to force Irving Materials, the company that filed a UDRP against the domain, to pay the costs.

His attorney, Mike Rodenbaugh, outlined the saga in DNW Podcast #249. I’ve been following the case since a UDRP panelist awarded the domain to Irving Materials.

Black wasn’t aware of the UDRP case and was forced to turn to the courts to defend his domain name from the transfer. He won a jury trial, but at great monetary cost.

In addition to the legal costs, Black says he lost a venture funding deal because of the lawsuit.