Update app is a complete rebuild that will lead to new features in the future. 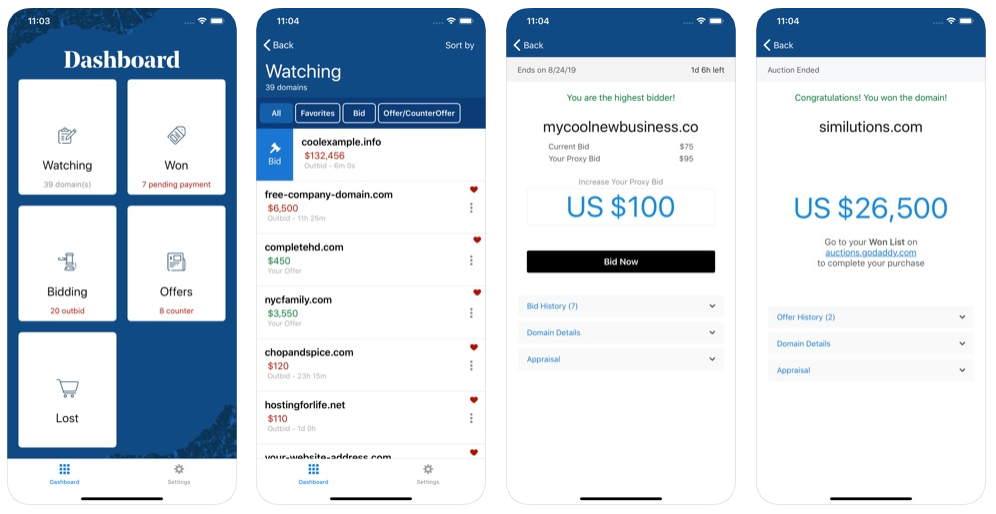 GoDaddy has launched an updated GoDaddy Investor iOS app for bidding on domain name auctions. A new Android app should be released in the coming weeks.

The updated app has a new look. It also lets you sort your lists by end time, price, alpha and auction type.

While the features aren’t a big upgrade from the last version, a lot has been done behind the scenes that will lead to big updates in the future, including the ability to search for domains. (Right now you have to add domains through the web interface for them to show up in the app.)

Also, the app fixes an issue for people that use a physical security key for two-factor authentication. They can use app-based two-factor codes to log into the app now.